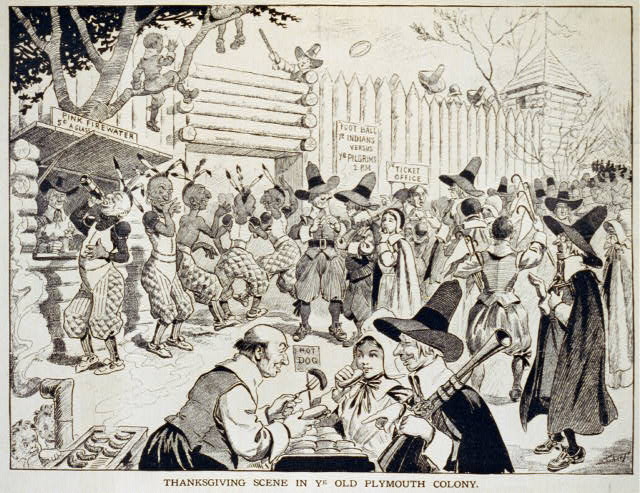 Image coourtesy of the Library of Congress

There is a statistic floating around that irritates me. The words aren’t always the same, but the factoid is: “Today 10% of all Americans are descended from the settlers who arrived on the Mayflower.”

No one ever says where the number came from. That’s enough to make my teeth grind all by itself, but it’s not the main thing that bothers me about the statistic. I’m perfectly prepared to believe it’s true, given the realities of geometric progression and population growth. *

What I don’t understand is why it matters. I’ve never seen a statistic on the number of modern Americans descended from the original Jamestown settlers, the earliest Spanish colonists in the American southwest, or the first Dutch settlers on the Delaware River. (Not to mention the number descended from the refugees from British debtor’s prison who settled colonial Georgia.) ** I don’t want to disrespect the courage or importance of the Plymouth colonists. *** They sailed across the Atlantic in a frighteningly small ship to start new lives in a wilderness. But so did the first Jamestown settlers–and all the rest. The Plymouth colony wasn’t even the first settlement.

So why have the Mayflower, Plymouth Rock, and the stories related to them elbowed their way to the front of the line in America’s foundation myths? Why does anyone think it’s meaningful that 10% of Americans today are descended from the settlers who arrived on the Mayflower?

Personally, I blame it on an effective PR campaign.  Of course, American history is not my field, so maybe I’m missing something here. Anyone have a better explanation?

* I’m equally prepared to believe someone made it up.
** The numbers may well exist, buried in specialized academic papers or the reports of local genealogical societies, but they don’t show up as an accepted fact in popular history.
*** Okay, I admit it. On a bad day I can work up a little historical indignation about their vision of religious freedom, or more accurately, how it has been transformed in popular history. But that’s a post for another day. And it in no way diminishes their courage or importance.