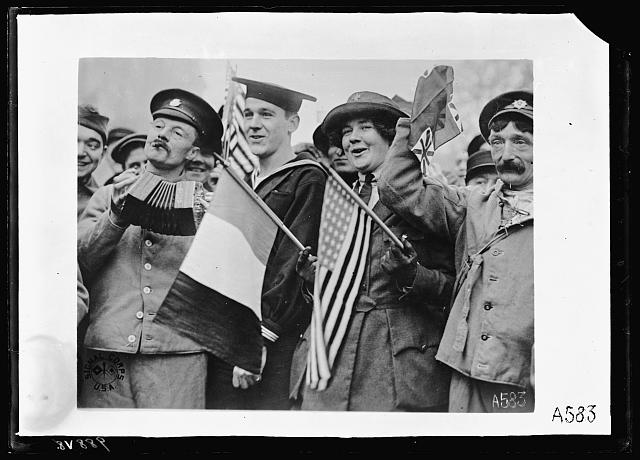 As you already know if you hang out here in the Margins, or elsewhere in Historyland, the Big Picture historical event of 1918 was the end of World War I on November 11—one large event made up of many smaller events that I am not going to discuss in detail here because this is a general review of 1918, not a post on the last year, or 100 days, or final months of the war.

The end of the war wasn’t the only event in 1918 worth remembering. Here are a few of the high points, the low points, and the things that caught my imagination:

Having withdrawn from the war following the overthrow of the Provisional government in November 1917, Bolshevik Russia found itself at war with the various factions of anti-Soviet resistance that made up the White Russians. (Not all of them royalists.) (1)

And speaking of Russia in 1918:
In July, the Russian imperial family, Tsar Nicholas, his wive, and five children, were assassinated and buried in an unmarked grave that would not be discovered until 1991.
Russia finally adopted the Gregorian calendar, making life a little easier for historians. 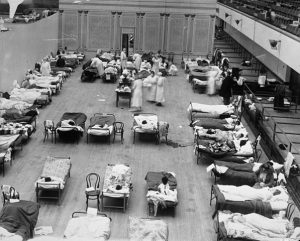 The Spanish flu of 1918  was the deadliest epidemic in history. The virus infected an estimated 500 million people around the world—roughly one-third of the population—and killed between 20 and 50 million people. More people than died in World War I. Count your blessings for modern medicine.

British women over the age of 30 received the right to vote, two years before women’s suffrage was ratified in the United States.

The avant-garde American literary magazine The Little Review began to serialize James Joyce’s Ulysses in March 1918. Serialization continued through December 1920, when the publishers were taken to court for publishing obscenity and lost. Not all the issues reached their intended readers because the Post Office seized and burned several issues. 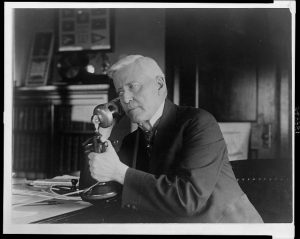 AT & T introduced the first dial telephones, which allowed users to place some calls without intervention from operators. Telephone operators threatened to go on strike. The worry that changes in technology will affect jobs is not a new one.

If you’re interested in a closer look at 1918, I once again recommend you check out Mary Grace McGeehan’s blog,  My Year in 1918: A Journey to the World of 100 Years Ago. It’s been a fascinating journey to follow her as she follows the news, literature and popular culture as if she were reading in 1918.

Posted in A Year in Review, Twentieth Century and tagged A year in review