In 2011, I became a reviewer for Shelf Awareness for Readers: an on-line bookish newsletter that comes out on Tuesdays and Fridays.(1) It was a wonderful experience. I reviewed Big Fat History Books, quirky little reference books, and an occasional cookbook. (2) In April, 2017, I resigned. It just about broke my heart, but I was deep into writing Women Warriors and I just couldn’t keep up.

I recently put my reviewing hat back on, which means I’m reading books I otherwise might not read and have goodies to share here on the Margins.

First up: Escalante’s Dream: On the Trail of the Spanish Discovery of the Southwest by adventure writer David Roberts.(3) 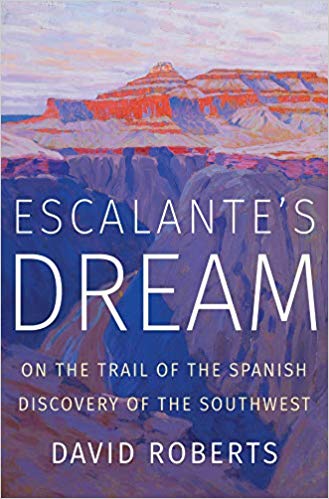 It will not surprise any of you to learn that the the phrase “the Spanish Lewis and Clark” caught my imagination.

In 1776, two Franciscan friars, Francisco Atansio Domíngues and Silvestre Vélez de Escalante,(4) led an expedition across the southwest in search of a land route from Santa Fe to the new Franciscan mission at Monterey.  (Note the date:  Lewis and Clark began their expedition in 1804.) I had never heard of them.  As Roberts discovered, most of the people who live along their route haven’t heard of them either.

In 2017, Roberts and his wife Sharon recreated D & E’s journey, guided by Escalante’s first hand account and the report of “exploratory rediscovery” created for the expedition’s bicentenary in 1976. Roberts’ account of their travels is part road trip, part historical exploration, and part love story. It’s a combination I find appealing.  (This will come as no  to surprise to anyone who’s been hanging out here in the Margins for a while.)

Frustration is the dominant emotion for much of Escalante’s Dream. Roberts wrestles with the inadequacies of Escalante’s account as a travel guide, the bicentennial report’s lack of academic rigor, and the absence of historical markers commemorating the expedition’s travels through the southwest. He worries over his inability to like, or even understand, the men whose footsteps he follows.

Roberts also struggles with new physical limitations, the result of a two-year battle with throat cancer. He opens the book with the admission that this six-week journey is both tame compared to the adventures that defined much of his adult life and the most extreme challenge he is now able to face.

By the book’s close, Robert’s frustration is replaced by appreciation both for the friars themselves and for the value of this “tame” adventure in the company of his wife, “the best thing we had ever done together.”

(1) Just like History in the Margins, but without the occasional stutters in the schedule.

(2) To quote the late great Leonard Bernstein: “And what’s more, baby, I can cook!” 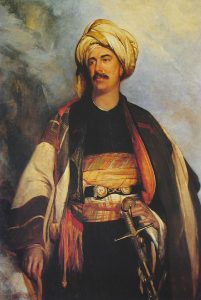