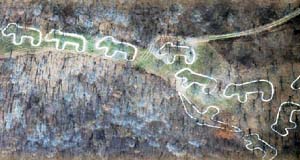 When My Own True Love and I reached the end of our Great River Road trip last October, we stopped just short of Effigy Mounds National Monument in northeast Iowa.

As far as I was concerned it was both frustrating to walk away from it and something to look forward to. I’ve been interested in the mound-building cultures of the Americas ever since I was a nerdy little girl with dreams of being an archaeologist, and I’ve been dragging other people to mound-related sites ever since. Lucky for me, My Own True Love is both a good sport and endlessly curious.

We went to the Effigy Mounds site on a damp morning, which meant the site trails were treacherous for those of us who had not thought to pack hiking boots in addition to rain boots. (i.e. both of us.) That means we didn’t get a good look at the mounds themselves, but the site’s interpretive center was fabulous, as they so often are.* They told the story of the site in several different ways: within the larger context of mound-building cultures, within the context of Native American peoples in the area (including their interactions with Europeans), and as part of the story of the archaeology of the Upper Mississippi region. They also did a spectacular comparison of different types of tools and pottery horizontally across a vertical timeline that ran from the Paleolithic cultures (ca 10,000 BCE) through the Oneota people ( ca. 1300-1650 CE)

Here are the highlights: 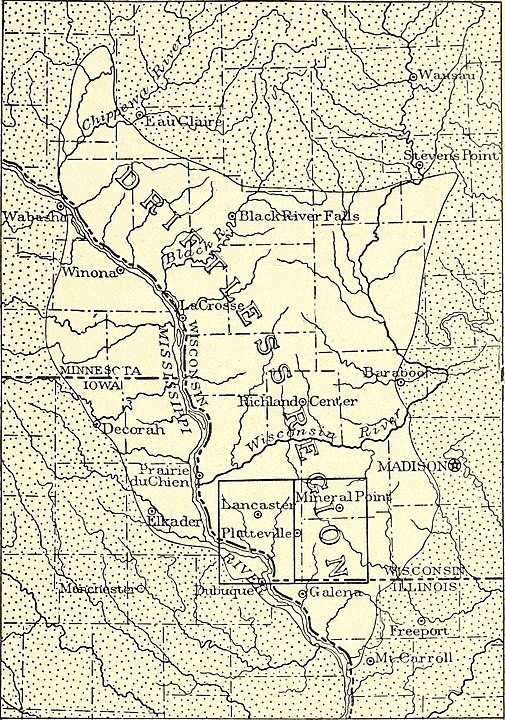 In short, a stop worth making. Though I wish I’d had my boots.

*Can we get a round of applause here for the National Park Service?

**It is worth pointing out that both the mound-building cultures and the great cultures of Latin America are often described as “ancient cultures”. If you look at the dates, this is only true of the Hopewell culture. While these cultures were prehistoric in the sense of not having written histories, the Mississippian and effigy-mound cultures were both contemporary with the European medieval period. The Aztecs and the Incas were contemporaneous with Early Modern Europe. Rant over.

*** In the site’s introductory film, a National Park Service archaeologist carefully pointed out “As an archaeologist I cannot say this a a bear.” I honor the academic rigor behind his caution. But they sure look like bears to me. And exhibits in the center pointed out that bears, with their annual death and rebirth in the form of hibernation, had religious significance for later Native peoples of the region. I chose to believe in bears.