I’ve met the most amazing women hanging out on the Internet. Case in point: Marlene Trestman.

For the last decade of her thirty-year career with the Maryland Attorney General’s Office, from which she retired in 2013, Marlene Trestman served as Special Assistant to the Attorney General. Recognized for her enforcement of laws governing consumer protection and public health, Trestman twice received the Attorney General’s Exceptional Service Award. A Phi Beta Kappa graduate and former trustee of Goucher College, Trestman earned her law degree from George Washington University and her MBA from Loyola University of Maryland, where she has taught law. For her writing, Trestman has received research funding from the National Endowment for the Humanities, Supreme Court Historical Society, Hadassah-Brandeis Institute, American Jewish Archives, and Texas Jewish Historical Society.
Trestman’s biography of her mentor, Fair Labor Lawyer: The Remarkable Life of New Deal Attorney and Supreme Court Advocate Bessie Margolin (LSU Press, 2016), explores Margolin’s inspiring and improbable journey from the New Orleans Jewish orphanage in which she was raised, through the New Deal and the Nazi war crimes trials at Nuremberg, to the United States Supreme Court in which she championed the Fair Labor Standards Act.

Take it away, Marlene: 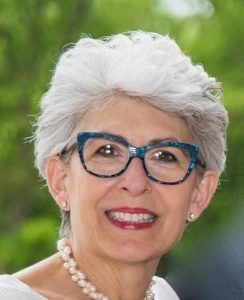 What led you to write your biography of Bessie Margolin?

Bessie Margolin and I are products of Southern Jewish benevolence, and our stories are interwined. Following the death of her mother, Bessie Margolin spent her childhood in New Orleans’s Jewish Orphans’ Home. In 1903, a decade before Bessie was admitted, the orphanage’s trustees founded the Isidore Newman Manual Training School to provide its wards a rigorous secular education that would equip them with practical skills and academic knowledge for a self-sufficient life. The School’s most unique feature was that it also admitted children from the broader community, regardless of religion or gender, whose parents paid tuition. The school quickly became what it remains today, a prestigious college prep school.

In 1967, two decades after the Home closed and Newman School became an independent entity, I was orphaned and placed in foster care under the supervision of the orphanage’s successor, today known as the Jewish Children’s Regional Service. At JCRS’s request, Newman School admitted me on a full scholarship, honoring the school’s founding mission to educate Jewish orphans.

In 1974, as I was about to graduate from Newman to attend Goucher College, the school’s guidance counselor wrote a letter introducing me to Bessie Margolin, who had recently retired from her remarkable career as Associate Solicitor of the U.S. Department of Labor, where for more than three decades she had championed the Fair Labor Standards Act and the Equal Pay Act in courts across the nation, including the United State Supreme Court. In the letter, the counselor suggested that Margolin might like to get to know me as Margolin and I shared childhood experiences as wards of the Home and as Newman graduates. Soon after I arrived in Baltimore, Margolin graciously began inviting me for weekend visits to her lovely home in Washington, D.C., and our wonderful relationship continued through my years in college, law school, and into the start of my own career as a government attorney.

Margolin, the first woman lawyer I ever met, was elegant, worldly, and kind. She provided helpful advice, captivating recollections of her career, important contacts in the legal community, and was a powerful role model for me. After she died at age 87 in 1996, and after my repeated and unsuccessful efforts to find a “real author” to tell her remarkable story, I slowly realized there was no one else to do the job. Margolin deserved to be rescued from obscurity. Fortunately, LSU Press and the National Endowment for the Humanities agreed. And so with a publishing contract, prompted by grants from NEH and other funders, and a literary award from the Supreme Court Historical Society, I retired from my thirty-year law practice to become Bessie Margolin’s reluctant biographer.

Tell us about a woman or a group of women who inspired your writing.

The Feminist Legal Biography Workshop is a small but amazing group of writers, all of whom happen to be women academics in the field of legal history, who graciously welcomed me into their highly specialized fold and offered priceless feedback and expertise. We’ve met in person only once a year over the past 7-8 years, supplemented with occasional email. When we meet, there are usually six or seven of us in attendance, and each of us has one hour to present what we’re working on and seek input from the group. Each of us has written or is writing a book about a female jurist or lawyer: Barbara Babcock, biographer of Clara Folz, the first woman lawyer in the West and the first public defender; Constance Backhouse, biographer of Judge Claire L’Heureux-Dubé, Canada’s second female Supreme Court justice; Jane DeHart, Justice Ruth Bader Ginsburg’s biographer; Tomiko Brown-Nagin, biographer of Constance Baker Motley, first female African American federal judge; Leandra Zarnow, biographer of Bella Abzug; and Pnina Lahav, biographer of Golda Meir.

And, yes, feminist legal biography is a real “thing.” Several of us gave a panel presentation on the subject at the 2019 conference of the American Society of Legal History and will also be on a panel at the upcoming Berkshire Conference of Women Historians. I feel so fortunate to be part of this inspirational group of women. As the only non-academic in the group, I am certain that Bessie Margolin’s importance paved the way for my participation.

What’s your next book and when will we see it?

I’m thrilled that LSU Press has decided to release Fair Labor Lawyer in paperback, so look for that in September 2020. I’m particularly excited to have gotten some new and enthusiastic “blurbs” for the paperback, including from Julie Cohen (award-winning director of the documentary, RBG), Evan Thomas (Justice Sandra Day O’Connor’s biographer), and Elaine Weiss (author of The Woman’s Hour: The Great Fight to Win the Vote).

My next new book, still very much a work in progress, is Most Fortunate Unfortunates: New Orleans’s Jewish Orphans’ Home, 1855-1946. I became so enthralled with learning about Bessie Margolin’s childhood in the orphanage, coupled with the knowledge that I would have lived there if it had not closed, that this was another book I was reluctantly compelled to write. There are days I feel I have bitten off far more than I can chew; over its 90 years, through the Civil War and WWII, the Home — which was the first purpose-built Jewish orphanage in the country — sheltered 1623 Jewish orphans and other dependent children (and 24 widows) from throughout the South. To date, with funding from the American Jewish Archives and the Texas Jewish Historical Society, I have conducted extensive archival research and have interviewed more than 60 Home alumni or their descendants, many of whom contacted me through my website, www.marlenetrestman.com. My manuscript is due to LSU Press in June 2020, and so the pressure is on!

I think the thing that has surprised me most is how little running it actually requires. We went in expecting to have to nudge conversation along. In fact, the conversations happen without much intervention on our part. Non-fiction fans are a lively, opinionated and interesting group. 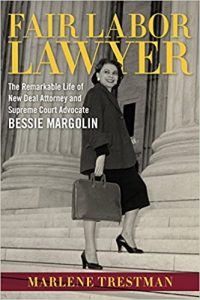 Want to know more about Marlene and her work?

*For those of you who aren’t in the know, Non-Fiction Fans is a Facebook group that Theresa Kaminski  and I run together. As you may have guessed, the purpose of the group is to readers (and writers) of mainstream narrative nonfiction to fabulous books (history, biography, literary studies, cultural studies)s and spark conversations about them. If you’re not already a member, drop on by: https://www.facebook.com/groups/1760137804315990/  (You will have to answer a few questions before we accepted you.  We draw a large number of would-be members who can best be described as fruitcakes.)

Come back tomorrow for three questions and an answer with Leah Leach of the Gal’s Guide to the Galaxy, an organization that is reaching for the women’s history stars.