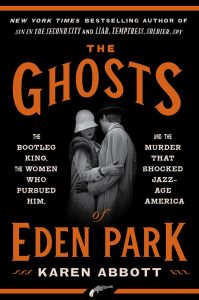 Often a review of a work of narrative non-fiction will claim that said work reads like a novel. With all due respect to my fellow reviewers, it is seldom true. The Ghosts of Eden Park is an exception. Karen Abbott combines impeccable research with the story-telling devices of fiction to create a work of narrative non-fiction that reads like a very specific type of fiction: the classic detective novel. (Think Perry Mason.)

Abbott opens with a chase through Eden Park that ends in a murder. The reader is left uncertain about which of the two figures murdered the other until she is two-thirds of the way through the book. At that point, Abbott shifts to a courtroom drama, in which it is entirely unclear whether the murderer is going to get off. And at least one reader halfway expected to discover that someone other than the person on trial had actually committed the crime.(Did I mention, think Perry Mason?) The book is a narrative tour de force.

The book has been out several months now, so you may already know who-dun-it. But for those of you who don’t, I’m going to avoid the reprising the plot so I don’t spoil it.* As for the general subject, Abbott’s sub-title sums it up: “the bootleg king, the women who pursued him, and the murder that shocked jazz-age America.” Add in a tough female prosecutor, a very young J Edgar Hoover lurking around the edges of the story, a sordid love triangle, and material excess that makes Jay Gatsby look restrained and you have quite a story.

*This is why I don’t review novels. My hats off to those of you do. It is flipping hard to tell someone enough to make them want to read a book without spoiling it.

A lagniappe:  I’m going to interview Abbott Kahler (aka author Karen Abbott) about her real-life thriller The Ghosts of Eden Park on May 7 at 7 PM Central on the Facebook group Nonfiction Fans, which I host with fellow historian and author Theresa Kaminksi,.  If you’re interested, you can ask to join the group here:  https://www.facebook.com/groups/1760137804315990/  Once we figure out all the technical issues, it should be Big Fun. 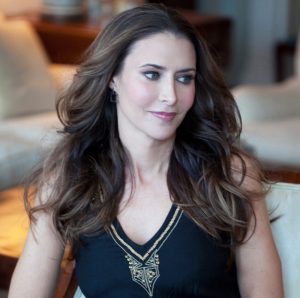