In fact, a pretty well-known event occurred in 1620: a group of straight-laced and opinionated English dissenters left the Netherlands, where they had taken shelter, set sail for the New World on a ship called the Mayflower, and landed at a place they named Plymouth Rock. Their story has taken a disproportionately large and highly mythologized role in the shorthand version of American history. Working backwards from 1620: The first English settlers arrived in Jamestown in 1607. The French founded Port-Royal in 1604, and began the fur trade in the 1530s. The Spanish established settlements in Latin America as early as 1508, and founded their first North American settlement, St. Augustin in 1565. **

It turns out that the desire for religious freedoms, or at least religious dissent in the technical sense, was a recurring theme in 1620. 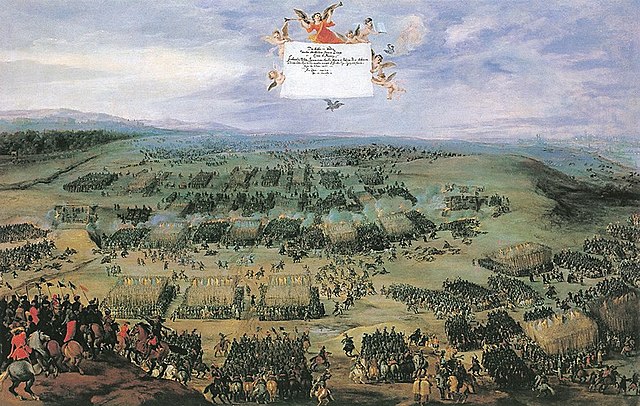 The Battle of White Mountain

In short, religious intolerance benefits no one.

*A rather grandiose name for a Scrivener file with a lot of separate documents in which I capture ideas that may or may not become blog posts. Sometimes all I have is a subject, not a story. And as any freelance writer will tell you, that’s a hard sell. Even when the editor you’re pitching is you.

**If you’re interested in looking at the Pilgrims’ story from the perspective of the people who were already living in what is now Massachusetts when they arrived, I recommend this article: https://time.com/5911943/thanksgiving-wampanoag/

**** Here’s the short version: Reformation vs Counter-Reformation. Here’s a slightly longer version: The Third Year’s War was actually a series of wars, in which Protestant and Catholic princes battled for control of the Holy Roman Empire. The conflict began when the Protestants of Bohemia rebelled against Emperor Ferdinand II, but soon spread throughout the empire and included most of the European powers at one point or another.

*****Henri had himself been a Huguenot prior to converting to Catholicism in order to secure his hold on the crown. He is reported to have justified this by saying “Paris is well worth a mass.” Like Marie Antoinette’s supposed statement “Let them eat cake,” there is little reason to believe he said it/

Posted in A Year in Review, Early Modern and tagged 1620, A year in review