Anyone who knows me In Real Life knows that I am not much of a sports fan. If there had been a “least likely to read the sports pages” category in my high school yearbook, I would have won it hands down.

Left to my own devices, I might not have turned to the Chicago Tribune’s sports pages in 1932. But one of the facts about foreign correspondents in the years between the World Wars is that their beats were large. In addition to covering stories like the fall of the German economy, the rise of the Nazis, and the threat of Soviet Russia, Sigrid Schultz and her counterparts were expected to cover major sporting events, the arts, crime, human interest stories and above all, the American angle in foreign news.*

The fact that a term of German boxers was traveling to the International Golden Gloves tournament in Chicago was a natural for Sigrid Schultz to cover. If Schultz reports on it, I’m reading it, so July, 1932, finds me in the unlikely position of reading international boxing coverage. It’s been a nice change from reading articles about the Nazi rise to power. 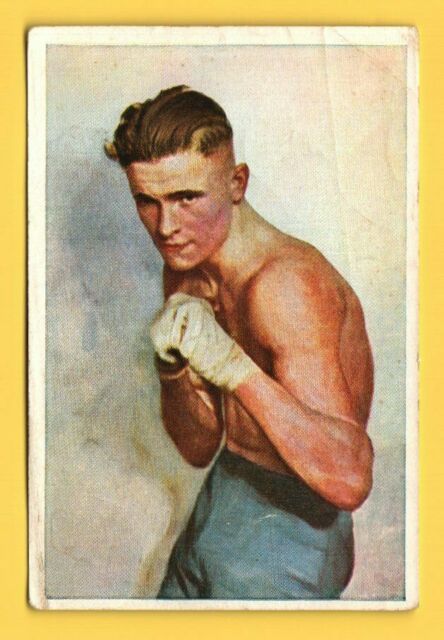 In fact, I have found Schultz’s approach gripping. She treats sports coverage as human interest rather than giving the reader play-by-play accounts of qualifying bouts. She does profiles on each of the eight team members. The ones who have been jobless for months. The ones who work in a factory to support widowed mothers and young siblings. The middleweight boxer who is a precision lens crafter for an instrument making company. The featherweight who was told he was too weak to learn to box.The near-sighted shipbuilder who is studying an English phrasebook because there might be things he wants to ask about in Chicago. She describes their training regimens. She tells us about the local groups who club together to buy them gear for the trip and throw them farewell parties.

And then there was this story, which choked me up:

Erich Campe, welterweight champion who will fight in the International Golden Gloves bouts in Chicago, July 26, called at THE TRIBUNE office in Berlin today to read recent editions of THE TRIBUNE and admired photos of Tribune Tower,

The police cadet was somewhat downcast when asked how his departure is being celebrated. “I don’t even know whether anybody will accompany me to the station,” he said. “I don’t expect my parents will, but maybe my sister Gretchen will be there.”

Campe has done little traveling. He is in the police school at the little town of Brandenburg and boys being trained there do not have much chance to make friends. It is almost impossible for their friends to visit them should they feel like it. Visitors must submit to long-cross-examinations before they can call on your police cadets in the barracks.

Campe has been granted leave until Aug. 2, which is the day the boat on which he scheduled to return to Germany lands at Hamburg. A shadow of anxiety crossed his face at the idea that he might miss the train and not get back in time to resume duty in the school at Brandenburg.

He momentarily forgot his worries to discuss the prospects of his first crossing. This reminds him of his packing. He managed to borrow a suitcase only to find it so large that it would block an entire stateroom. There he departed to try to find a really cheap suitcase. **

In her boxing coverage, Schultz gave me a glimpse of Germany outside the worlds of art and politics that dominate my reading these days. The specter of nationalism appears in the edges of some of the stories, but for the most part she is focused on the young athletes and their grand adventure, even if the next day’s article returns to the scary politics of the time.

*If there was a single truth that news editors in all media hold to be self-evident it is that the further away the news is happening, the less people are interested. In the 1920s the editor of the Brooklyn Eagle summed this up in a sign over his desk that read: “A DOG FIGHT IN BROOKLYN IS BIGGER THAN A REVOLUTION IN CHINA.” As a result, foreign correspondents were encouraged to find the point at which foreign news intersected with local interest.

**In a brief piece two days later, Schultz reported that Campe’s sister and sweetheart surprised him on the train platform in Berlin, where members of the team were boarding for the port of Bremen. I choked up again. At this point, I don’t know whether or not he wins. But I’m rooting for him!