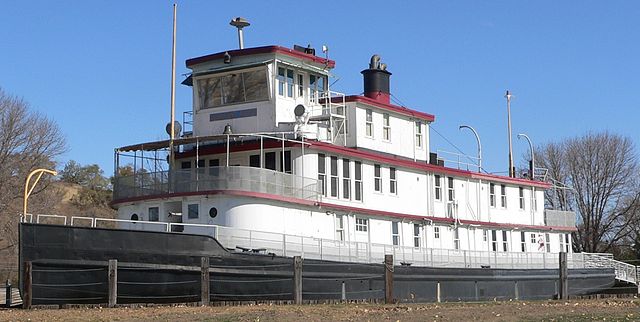 In some ways, the Sergeant Floyd River Museum in Sioux City, Iowa, feels like the historical equivalent of a set of nesting Russian dolls, with one iteration of Sergeant Floyd fitted into another and then another to make up the whole.

The museum is fundamentally a local history museum housed in an unusual facility. After the section on Lewis and Clark, the museum moved on to a brief and not very sophisticated exhibit about the Native American peoples who inhabited the area before white settlers arrived.** From there it went on to look at the fur trade, the founding and development of Sioux City as a depot on the Missouri River, and steamboat traffic on the Missouri. (These weren’t the steamboats of your imagination. The steamboats that traveled the Missouri were intercity trade boats, not the gilded palaces that traveled the Mississippi from St. Louis to New Orleans.)

The parts that captured my imagination the most were the panels dealing with navigation on the Missouri River, beginning with the Lewis and Clark expedition. Before the Corps of Engineers took over the task of trying to keep the river navigable in the mid-19th century, piloting a boat down the river required skill and luck. The river was nicknamed “Old Misery” for a reason. Its channels shifted on a regular basis, thanks to summer storms, winter ice dams, and the annual rise of the river’s water level each spring. The upper reaches of the river were clogged with snags and sandbars, some of which could not be steered around, slid over, or smashed through. Snags that broke away from the bottom during high water could collect in log jams, which the French-Canadian rivermen called embarrases—”hinderances.” These could pin a boat broadside and cause it to capsize—a situation that could be described by another meaning of embarras, a predicament.

All these hindrances, and the possible predicaments caused by them, inspired rivermen to develop a number of ways to get around them, including: 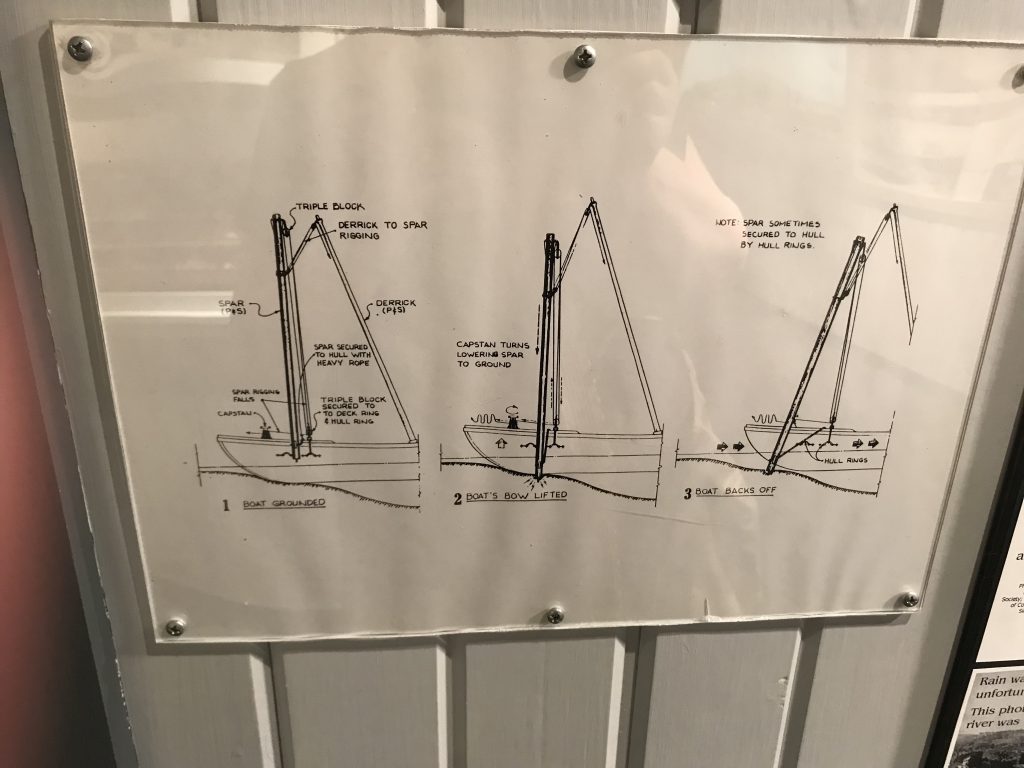 * If we had known this at the time, we might have made the time to drive up the hill to see it. Or maybe not. We also chose not to stop at the Lewis and Clark Interpretive Center, which was located in the same museum campus as the Sergeant Floyd River Museum. Our long road trips are a constant set of compromises between the time, distance, and interest.

** This is a subject that not many local history museums do a good job with, and that some ignore altogether. After visiting many, many such museums over the years, I’ve come to the conclusion that local history museums that focus on a specific element of Native American history in their region create more meaningful exhibits than those that make sweeping generalities. In fact, I would argue that is true for small museums as a whole. Give me a specific story that illustrates a topic rather than trying to give me the story of the fur trade as whole.

***Earlier than I realized. Steamboats were introduced on the western rivers in 1811. 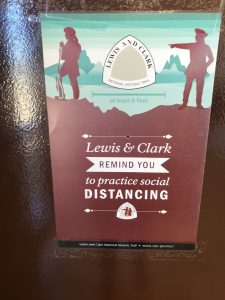 This cracked me up.

Travelers’ Tip: I recommend Madonna Rose in Sioux City for breakfast. The restaurant’s huevos rancheros, served on a base of black bean and chorizo chili was pretty amazing. In fact, it has me plotting how to make a similar chili at home come the fall.