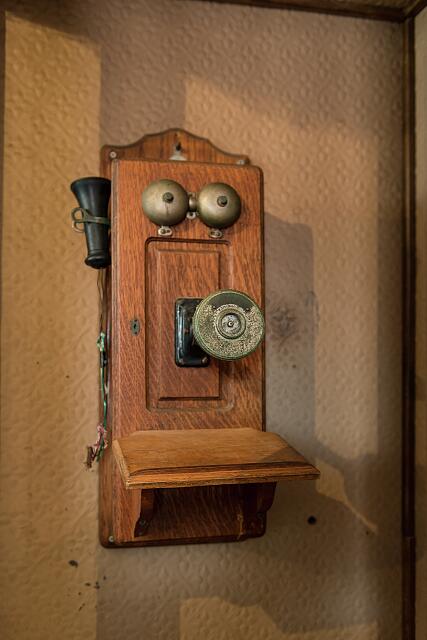 One story we learned at the Legacy of the Plains Museum caught my attention so thoroughly that I think it deserves its own blog post.

The first commercial telephone company opened on January 28, 1878 in New Haven, Connecticut. It had 21 subscribers. (I wonder who they were and how they expected to use it.) The first long distance line opened six months later, connecting Springfield and Holyoke Massachusetts. By the end of 1880, there were over 49,000 telephones in the United States, but they were all located in cities (loosely defined). Early telephone companies weren’t willing or able to offer phone service in rural areas, particularly the wide open spaces of the American West.

But while it may have been difficult for a farmer or rancher in Nebraska to get phone service, beginning in 1897 anyone could buy a battery-operated telephone from the Sears Roebuck catalog. And it turned out rural areas already had existing local networks in place in the form of barbed-wire fences, which often were connected at the corners of adjacent farms. Buy the phone, attach it to your fence, and voila! Local phone service. (The addition of small glass as homemade insulators improved the service. Good for more than corn relish and pickled beets. ) 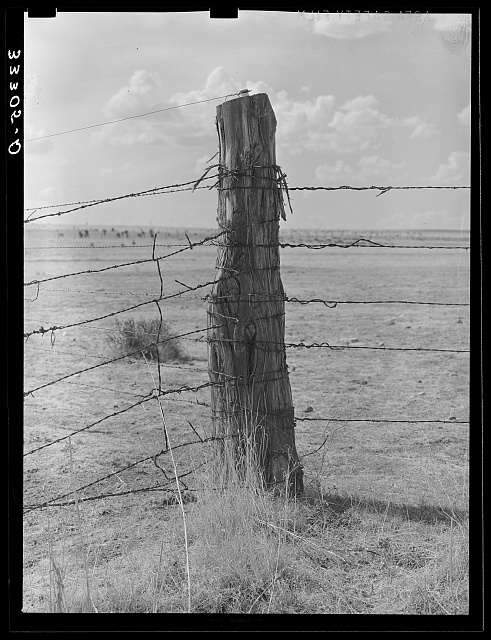 The barbed wire networks were inherently local—but realistically, long distance calls were a rarity even in cities. The networks ere also were the original party line. An out-going call would ring on every phone in the network, so each farmstead adopted a distinctive Mose code-style ring tone of long and short rings. Some networks also adopted a code for a “line call” intended to reach everyone on the line when there was an urgent need to spread news—not so different from Amber alerts and severe storm warnings on modern cell phones.

At its height, the improvised fence line phone service had roughly three million users. Who knew?