Yesterday I was walking home from the library with a bag of research books, considering how to spend the long Labor Day weekend.  I am working on building the habit of taking Sundays off.  (Radical, I know.) And I was musing over whether I could stretch my developing time-off-muscles to include Labor Day.  After all, what better way to honor the memory of the people who fought for time off  and other benefits for working people?  Then it occurred to me that a story from the American labor movement would be a perfect blog post as we slide into the weekend.  Turns out I had the same idea in 2018. 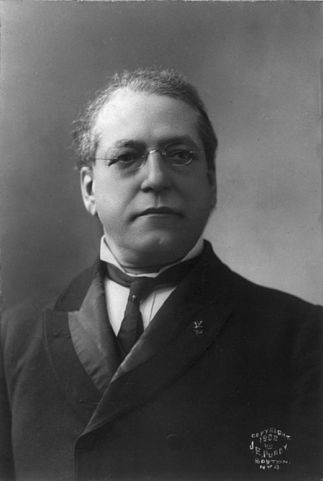 It’s Labor Day here in the United States. A day that many of us celebrate by firing up the grills, hitting up sales, and attending outdoor festivals. In short it is a day off. Something we can thank the American labor movement for, along with child labor laws, the forty-hour week, paid vacations, etc. (1)

One of the major players in the early labor movement in the United States was Samuel Gompers.

Gompers (1850-1924) was born in East London. His family immigrated to America when he was thirteen and settled in the Jewish community on Manhattan’s Lower East Side. For eighteen months, Gompers and his father rolled cigars in their small apartment before finding better job in cigar workshops.

In the evenings, Gompers attended free lectures and classes at Cooper Union. He received an education on the floor of the cigar workshop as well. Unlike many other skilled trades, cigar rolling was quiet work and talking was allowed. Sometimes one of the men in the shop would read to the others.

Gompers and his father soon joined a branch of the United Cigar Makers’ Union. Gompers was not very active in union business until the early 1870s, when the position of skilled cigar makers was threatened by the proposed introduction of a cigar mold that simplified an important step in the cigar-making process. He joined other union members in a series of strikes protesting the use of the mold, with its threat of making skilled workers less necessary.

During this period, Gompers also attended socialist meetings and demonstrations. He was drawn to Marx’s critique of capitalism, but came to the conclusion that socialist goals of long-term transformation were in conflict with the desire of most workers for immediate change. He described his own labor philosophy as “bread and butter unionism.”

After the failure of a 107-day strike, Gompers and fellow union member Adolph Strasser decided to reorganize the Cigar Makers’ Union. The new Cigar Makers’ International Union charged relatively high dues, which allowed them to build a strike fund and offer a benefits program. The idea was to build a sense of identity among union members based on their shared skills and bind them to the union through an extensive benefit system.

In 1881, Gompers was instrumental in creating another level of union strength in the form of a national federation of trade unions, the Federation of Organized Trade and Labor Unions, which became the American Federation of Labor (AFL) in 1886. By 1900, the AFL had roughly 1 million members. (2)

(1) Benefits that not all Americans enjoy even today.
(2) This post is drawn from a chapter on socialism in America from my first book for adults: The Everyday Guide to Understanding Socialism.