In the weeks since we got home from our Big Road Trip back in June,* I’ve been immersed in the years between the end of World War I and the rise of the Nazis in Germany. One of the things that has captured my imagination is how fascinated people were by aviation in those years.

The two big aviation stories from this period are the ones you’ve heard about: Charles Lindbergh’s non-stop flight across the Atlantic in 1927 and the crash of the zeppelin the Hindenburg at Lakehurst Naval Air Station in 1937. (Sigrid Schultz wasn’t in the right place at the right time to report on either event directly, but two days after the Hindenburg disaster she had a front page story reporting Germany’s response to the crash, and their intention to resume air service to the United States by year end.  The headline screamed across the page:  RUSH NEW GERMAN AIRLINER. )

Lindbergh’s success and the Hindenburg disaster were not the only aviation stories to make international headlines in the period between the wars. There were other attempts to sail across the Atlantic, to the Arctic, around the world. (The Chicago Tribune sponsored one such flight in 1929: the round trip flight from Chicago to Berlin of the ‘Unting Bowler. The airship went down in the Hudson Straits on the first leg of the journey. The ship was lost; the crew survived. ) Aviators went missing. Even the release of new airships was news.

Robert McCormick, the Chicago Tribune’s owner and publisher, was a huge aviation booster, so Sigrid Schultz reported lots of stories on aviators as they went through Berlin and on German advances in aviation technology. (Helped by the fact that her father was a friend of Graf von Zeppelin, the inventor of the eponymous zeppelin.) She even took a spin in the air with World War I ace, Ernst Udet, early in her career. ** 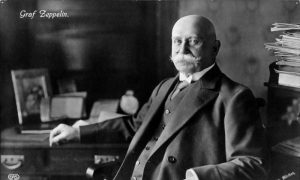 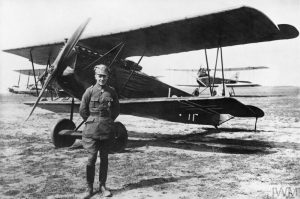 After awhile, I realized that I wasn’t quite clear on the difference between airships, blimps, dirigibles, and zeppelins. Assuming that some of you might be in the same hot air balloon, I offer you the following: 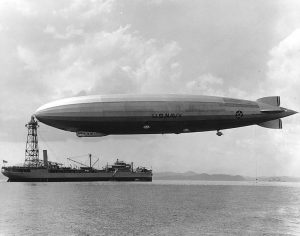 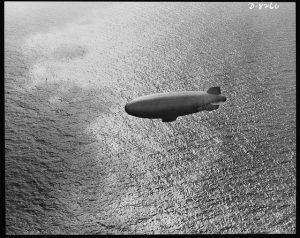 Just to add to the confusion: the famous Goodyear blimps are in fact now zeppelins. The company switched out its fleet in 2014, though the company, and everyone else, still calls them blimps. There are some cases where being technically correct is more trouble than it’s worth.

*Stops to check calendar. Yep. June. Time flies when you’re sitting at your desk writing.
**He offered to turn that metaphorical spin into a literal spin and fly some aerobatics with her. She declined.

NOTE: If you’re reading this in email, click on the title and go to the browser if you want to watch the footage of the Hindenburg crash, click on