I have spent far too much time over the last week working on a blog post about the Siberian Intervention: a minor American military expedition at the end of the First World War that has been crossing my path for more than a year. It just isn’t working. Even though I regularly reduce complicated stories to their essentials for this blog, I don’t seem to be able to do it this time.*

But even though I couldn’t move the big story along, I found myself fascinated by one minor question: Why were the anti-Bolshevik forces in the Russian Civil War called White Russians? 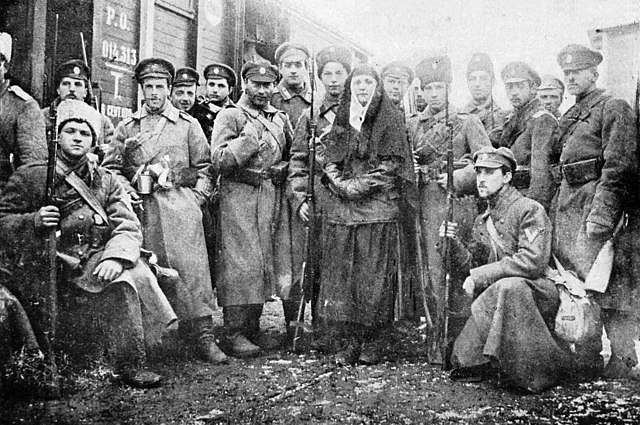 It turned out to be a delightful little research rabbit hole for a late summer afternoon.

According to the Oxford English Dictionary, which is one of my regular stops for such things, the color white has long been associated particularly with royalist and legitimist causes, beginning during the French Revolution, when the white flag of the Bourbon family became the symbol of the royalist cause. Having been the symbol of royalists, white became the symbol for many counter-revolutionary, anti-communist, reactionary, or conservative parties. (For example, the Finnish White Guard.) The White Russians were all of the above. 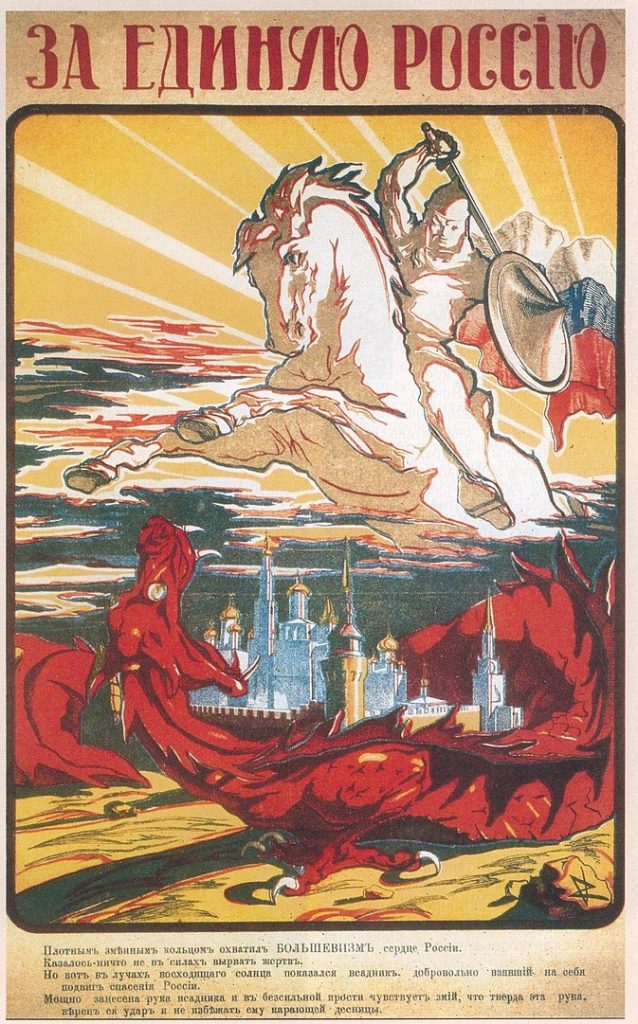 White Russian propaganda poster, depicting the Bolshevik army as a fallen red (!) dragon and the White Russians as a dragon-slaying white knight. Nothing subtle about the imagery there.

Interestingly, the use of red as the color of revolutionary groups, including the Bolsheviks, also has its roots in the French Revolution, in the form of the bonnet rouge or Liberty cap—a complex bit of symbolism that might be worth a blog post of its own.

*Often when I bang my head against the wall of a story, it means that I don’t have a solid grasp of the material. When that happens, I have two choices. Buckle down and do more background work, or walk away from the story. In the case of chapter three on my current book, I have chosen door number one and am now reading my way through a stack of books on the revolutions at the beginning of the Weimar Republic, happy as a clam.** In the case of the Siberian intervention, it makes more sense to walk away.

***Though I am uncertain as to just how happy a clam might be, now that I think about it. More accurately, I am as happy as a historian who has settled into the groove of the work and has several uninterrupted hours to devote to it. Which is pretty dang happy.

For those of you who are interested in learning about the Siberian intervention, I recommend the following:

The episode dealing with it in Elizabeth Lunday’s excellent podcast, The Year That Was: Eggshells Loaded with Dynamite: Allied Intervention in the Russian Revolution