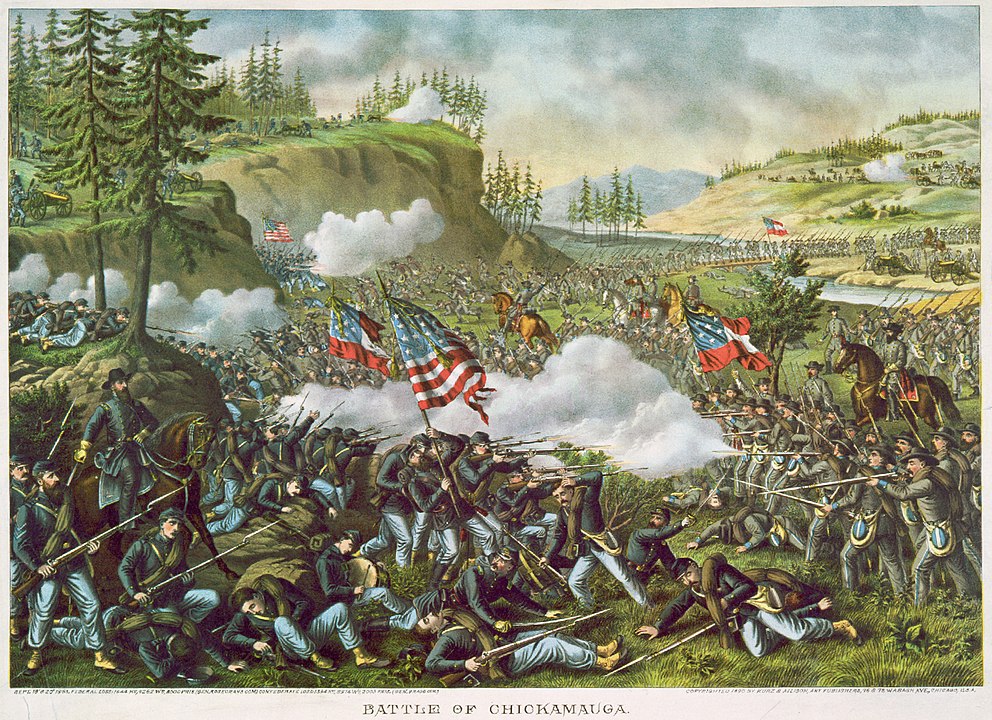 Recently My Own True Love and I made a difficult trip from Chicago to Atlanta and back. Normally, we would have flown, but with the continuing threat of Covid we chose to drive. And since we were driving, we decided to make a couple of history nerd stops to soothe our souls. After all, the Chickamauga and Chattanooga National Military Park (in the northwest corner of Georgia, near the Tennessee border) and its smaller sister park of Lookout Mountain (in Tennessee) were more or less on the way.

The National Park Service did not disappoint.

We stopped at the Chickamauga and Chattanooga National Military Park on the way down and at Lookout Mountain on the way back. For purposes of this blog post I’m treating them as one park because they are all part of one big story.

Before we visited the parks I knew two things about the Civil War battles for the control of Chattanooga:

Both of those things are, in fact, true. (2)  Our visit to the park added story, depth and color to those dry bones.

We began our visit by joining a caravan tour of the Chickamauga battlefield led by a park ranger/historian.(3) He was a good story teller and brought the battle to life. He didn’t just recite troop movements, though he did give a clear description of what men did at each step of the battle and why. He put the battle into historical context. He told stories about the people who fought, and about civilians whose lives were affected by the battle. (5) He ended the program with a discussion of the subsequent battle for Chattanooga, in which the Confederate general snatched defeat from the jaws of victory.

An excellent short film at the main park and exhibits at the visitors’ centers at both parks reinforced and expanded on the ranger’s talk. (The film made me cry.)

I’m not going to recap the action of the battles here. There are plenty of places where you can get that information. Here are the things, large and small, that caught my imagination:

Definitely worth a stop if you are a history buff.

1) Unlike Stephen Crane, who wrote The Red Badge of Courage, Bierce actually fought in the war. But I digress.
2) This is not always the case with the things I think I know going in.
3) In case you haven’t done one of these, the ranger leads a caravan of people driving their own cars through the battlefield, like a weird funeral cortege. (4) At critical points, everyone piles out for a brief lecture.
(4) Not entirely inappropriate here given the breathtaking number of deaths that occurred on the battlefield.
(5) As far as I’m concerned, that’s the way military history should be told. Otherwise you’re just moving tin soldiers around on a topographic model of a battlefield.

Note:  Thanks to sharp-eyed reader, Jack French, who pointed out that I didn’t tell you what states the parks are in.  I’ve added the info, and I offer you this link to the NPS website that includes information about both parks: https://www.nps.gov/chch/index.htm