First, let me make it clear that this story is NOT an April Fool’s joke. Even if I enjoyed prank stories as a way to celebrate foolishness on April 1st—and I don’t*—over the last few years we have seen so many unbelievable true stories that it is sometimes are to tell the real articles from satirical stories in The Onion.

That said, the story of Chief Mkwawana’s skull has the “ Wait! What??” quality common to so many of the fake stories that clutter the internet on April 1 each year. But it also has a dark side. In fact, despite the “what?” factor,  it is mostlydark side.  This is a story about colonialism, resistance, and political symbolism.  (Feel free to imagine exclamation marks liberally sprinkled throughout.) 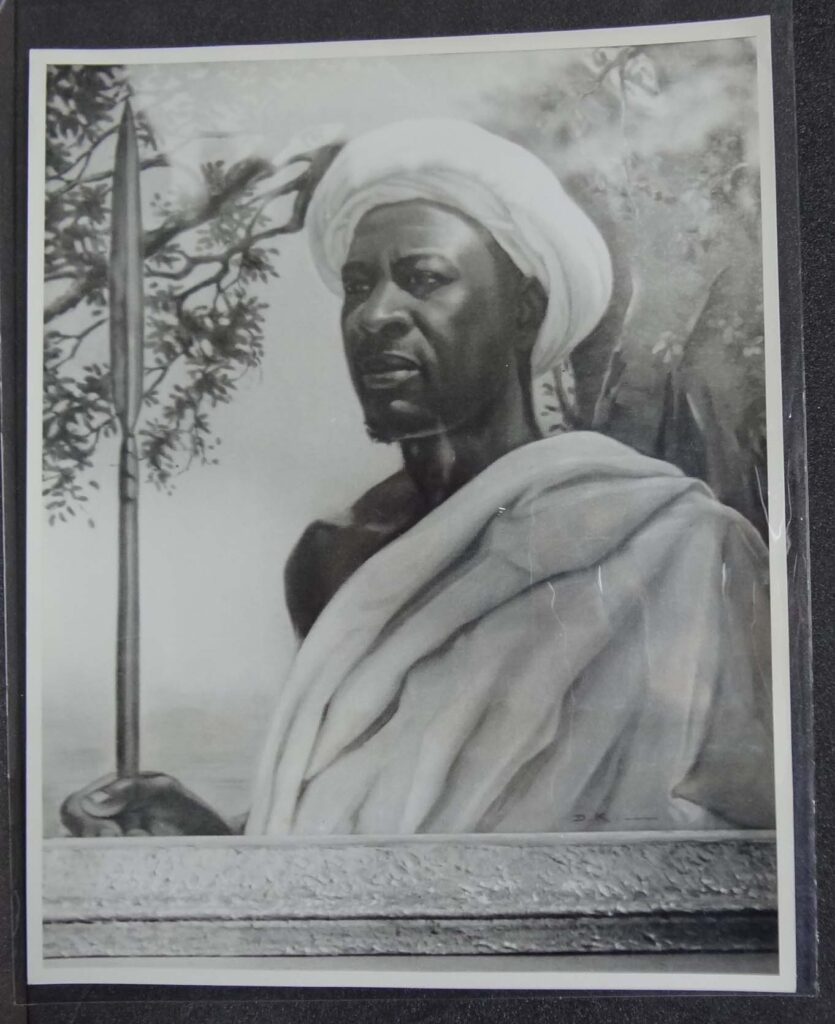 A portrait of Chief Mkwawa, painted by Mrs B. Kingdon, wife of a British District Commissioner-who I suspect never saw him.

An odd clause appears in the Treaty of Versailles, sandwiched in between the War Guilt Clause and the Financial Clauses. Article 246 stated: “Within six months from the coming into force of the present Treaty … Germany will hand over to His Britannic Majesty’s Government the skull of the Sultan Mkwawa, which was removed from the Protectorate of German East Africa and taken to Germany.”

In 1898, the Germans placed a bounty on his head—an ironic phrase given how things turned out. In the ensuing manhunt, a party lead by Sergeant Major Merkl had closed in on Mkwawa. Hearing a shot, they hurried toward the camp and found two dead bodies, one of which was identified as Mkwawa, who had previously declared that he would commit suicided rather than surrender to the Germans. (Exactly who did the identifying in unclear in the references I’ve read.) Merkl ordered one of the African soldiers in his party to cut off Mkwawa’s head so he could take it back to camp. (And presumably claim the bounty.) His captain took charge of the head and, in Merkl’s account, ”had it dried”—a disturbing war trophy by any standard. (Though apparently not unique, as we shall see in a moment.)

Perhaps not surprisingly, Mkwawa became a heroic symbol of the struggle against the colonial powers.

On November 14, 1918, only a few days after the Armistice that ended World War I was signed, Sir Horace Byatt, administer of the former German East Africa, suggested to the Colonial OPffice that Britain should try to recover Mkwawa’s skull from Berlin, where it was said to be exhibited in a museum, as a good will gesture to the HeHe tribe, which had been helpful to the British during the war.

The skull was included in a schedule of art and artifacts which had the Germans had seized that and were required to be returned as terms of the peace agreement.

Unfortunately, no one knew where it was.

On May 6, 1920, the German Foreign Ministry said that they couldn’t find the skull and in fact found no indications that it had been brought to Germany. A year later, Winston Churchill, the newly appointed Secretary of State for the colonies, decided to let the matter drop.

It didn’t stay dropped. Enquiries were made about the skull in the 1930s, the 1940s, and again in 1951. Finally, in 1953, the German Foreign Ministry announced that the skull might be part of a large collection in a museum in Bremen. Faced with the question of how to identify the correct skull, someone suggested comparing them to the cephalic index of Mkwawa’s grandson, Chief Adam Sapi, which was an apparently unusual 71%.**

The British governor of the former German East Africa (then called Tanganyika, for anyone who likes to read with a map) visited the museum, which had a large cabinet full of skulls. After identifying those which had been taken from German East Africa, they were measured. Of the two skulls with the appropriate cephalic index, one of them had a bullet hole that had entered at the back of the head and come out through the front. (I will remind you the Mkwawa had reportedly committed suicide.) A German police surgeon confirmed the hole was consistent with a type of rifle used by German troops in East Africa.

Having determined, with some enormous logical leaps, that this was Mkwawa’s skull, it was shipped from Berlin to Tanganyika via diplomatic pouch and presented to Chief Adama Sapi in a formal ceremony on June 19, 1954.

Today the head is displayed on a plinth in a glass box in a museum in Tanzania. 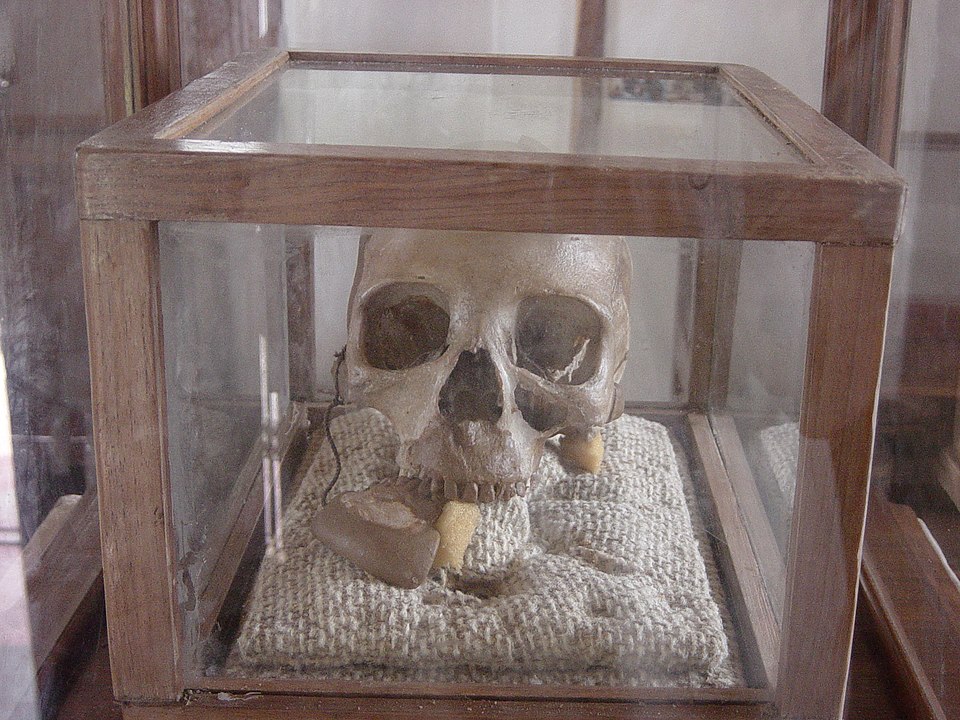 Skull of Chief Mkwawa on display in the Mkwawa Memorial Museum, Kalenga, Iringa.

*Personally, I’m a big believer in celebrating foolery—but I don’t think most pranks are funny.

** I’ll save you the trouble of googling. The cephalic index is the measured width of the head divided by the length of the head multiplied by 100 and reported as a percentage. It is used to categorize the shape of skulls—and has strong racist/colonial roots as part of early anthropologists’ attempts to “scientifically” categorize different peoples.