Over the last few few years, I’ve occasionally gotten glimpses into Sigrid Schultz’s life that don’t quite fit. The kind of things that you can picture her using in one of those ice-breaker games where you have to tell people three things about yourself, one of which is a lie. (I hate those games, but I picture Sigrid throwing herself into them with gusto.) 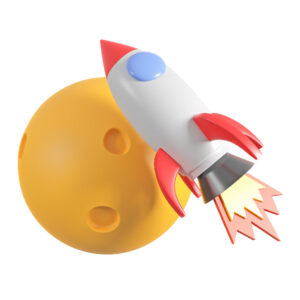 For example, in May, 1931, Sigrid became a member of the German Interplanetary Society (aka the German Space Club), the first society dedicated to space travel. Her membership card gave her access to the club’s rocket port: “this permission would only be withdrawn in case of particularly risky experiments.” It’s impossible to know whether Sigrid joined the organization because she had a personal interest in the subject or because she smelled a great story in the making. She certainly did not fit the profile of most members of the society, who were young male engineering and science students. (Including an eighteen-year-old student named Wernher von Braun, who joined the society in 1930. He went on to become a driving force at NASA and one of the most important rocket developers of the twentieth century.)

In 1927, a group of young Berliners formed the society, inspired by the idea of space travel. They met in an abandoned munitions depot in a Berlin suburb, which included a three-hundred acre field that they dubbed the “Rocket Airport,” where they fired miniature rockets at the moon and tested liquid-fuel rocket motors. They had little money for their expensive experiments, but they were persuasive. They talked manufacturers into giving them materials at a low cost and gave workmen free housing at the arsenal in exchange for labor.*

In the fall of 1932, news of the project reached the Weimar army, which was trying to rebuild within the confines of the Versailles Treaty. The treaty hadn’t placed any restrictions on rockets. Capt. Walter R. Dornberger, who was in charge of research and development the German army’s ordnance department recognized the military potential of liquid-fuel rockets and reached out to the Interplanetary Society.

As usual, the society desperately needed money. When Dornberger made them an offer to support their research, they did not hesitate. According to von Braun: “In 1932, the idea of war seemed to us to be an absurdity. The Nazis weren’t yet in power. We felt no moral scruples about the possible future abuse of our brainchild. We were interested solely in exploring outer space. It was simply a question with us of how the golden cow would be milked most successfully.”**

The young scientists were naive. In September 1933, Rocket Launch Site Berlin closed under the pretext of an unpaid water bill and their research was folded into the Nazi military machine. Amateur rocket tests were now against the law.

As far as Sigrid’s involvement goes, I find no article on the society or space travel in the Tribune.*** She may have just been curious. (She had hoped for a chance to ride on the first zeppelin to fly from Germany to the United States. maybe she also had dreams of being the first woman in space.)

*Not a small thing. Housing was difficult to find and expensive in Weimar Germany.
**In von Braun’s case, very successfully. The German army financed his doctoral studies in exchanged for his research.
***Pro tip: Do not search an historical newspaper archive using the word space as a keyword without limiting your search to articles. You will end up with hundreds of ad pages results. ****
****You’re welcome.