What with one thing and another, I’ve been hanging out in 1913 a lot over the last six weeks. It was one of those years when the world seemed poised to change. A lot of -isms hovered in the air: progressivism, modernism, nationalism, feminism,* and, unfortunately, racism. 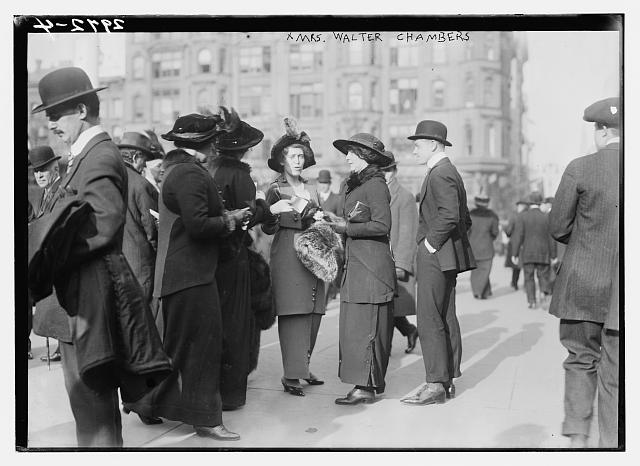 Here are some of the highlights:

The Armory Show introduced American art lovers to modernism. The show was controversial and influential. People loved it or hated it, but no one who cared about art ignored it.

Henry Ford opened his first assembly line, reducing the time needed to build a car from 12.5 hours to 1.5 hours and making automobiles affordable to the middle class for the first time. Ford’s first ad campaign said it all: Even you can afford a Ford.”

Mahatma Gandhi was arrested for leading the Indian minority in South Africa in non-violent protest against discriminatory laws: his first experiment with the techniques he would use to fight for Indian independence from Great Britain.

Ballet fans in Paris rioted in the theater at the premiere of Igor Stravinsky’s The Rite of Spring. Quite frankly, it makes even the most negative American reactions to the Armory Show look restrained by comparison.

Bengali poet Rabindranath Tagore received the Nobel Prize for Literature: the first non-western author to be so honored.

On March 3, thousands of suffragettes marched in Washington demanding the right to vote. Crowds of jeering men greeted the marches with insults, obscenities, and physical violence. The Washington police refused to protect the marchers. Finally, a troop of cavalry was called in to control the crowd.

Woodrow Wilson was sworn in as president after running on a progressive platform that promised to “give the country freedom of enterprise and a Government released from all selfish and private influences, devoted to justice and progress.” He took a good stab at reforming the American economy before World War I diverted him.

*Or at least its older sister, the suffragette movement.

Posted in A Year in Review, Odd Bits and tagged 1913, year in review