Recently a friend of mine texted me from Culloden in Scotland*–the battlefield where the Duke of Cumberland routed Bonnie Prince Charlie’s Jacobite forces and effectively ended the Jacobite cause. (Charles was later involved in a half-hearted French plan to invade England in 1759, but it came to naught.) She wanted to know if I wanted a Jacobite blue bonnet. 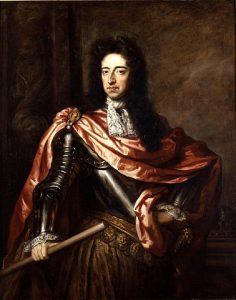 William of Orange (aka William III) 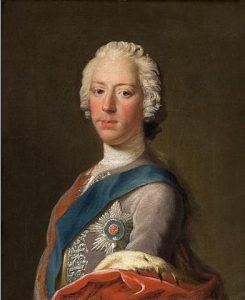 My answer–which didn’t surprise her–was no. Despite the fact that the exiled Stuarts clearly had the better legal right to the throne, I’ve always had a soft-spot for that hard-working sober-minded prince, William of Orange. And I’ve never had much use for Bonnie Prince Charlie–who I’ve always thought of as a putz rather than a failed romantic hero. (If you have strong opinions on the subject, feel free to yell at me in the comments below.)

Karin’s offer of a Jacobite blue bonnet led me to think about the fact that history buffs tend to chose sides. Sometimes it is because we agree with one side’s political position. Sometimes it’s because we have a family connection to one side of a conflict or a vested interest in the outcome. Sometimes it’s simply a question of who won. (Though Lost Causes also have their supporters.***)

And sometimes it simply comes down to preferring one historical figure over another. In my graduate school days, classes on Victorian England quickly divided themselves into two camps on the question of who was the greatest Prime Minister of the nineteenth century, Benjamin Disraeli or William Gladstone. The members of Team Disraeli and Team Gladstone all had good solid arguments supporting their guy, but when you pushed them it eventually came down to a question of personality.**** 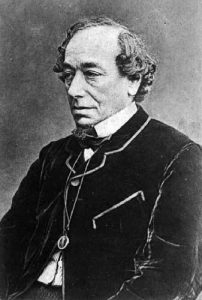 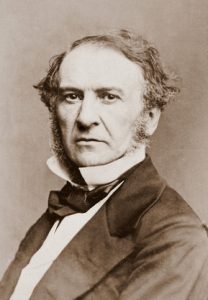 Choosing sides isn’t necessarily a bad thing, as long as you realize you have a preference. In the end, no one writes objective history.

So tell me, oh Marginalia, what historical sides have you chosen and why?

*Not quite as exciting as the time she called me from Tipu Sultan’s palace at Seringapatam.** While I occasionally grumble about feeling like my cell phone is a leash, there is something pretty cool about getting instant communication from far flung historical sites.

***Which brings us back to Bonnie Prince Charlie. I have to give the man credit for persistence.