One of the unexpected benefits of writings more than one thing at a time, set in different times and/or places, is that you stumble across the places where the stories hook up. It always gives me a zing of pleasure to see the relationship between the Crusades and Henry the so-called Navigators’s explorations. Or to realize that Abraham Lincoln (1809-1865) and Karl Marx (1818-1883) were near contemporaries.*

Right now I’m enjoying another type of synchronicity: I’m writing two different stories that touch on the issue of Dutch neutrality in the first world war from differing viewpoints. On the one hand, I’m writing about Queen Wilhemina, who was very proud of her role in maintaining Dutch neutrality throughout the war. At war’s end, she even gave sanctuary to the Kaiser and refused to extradite him to Britain as a war criminal.** 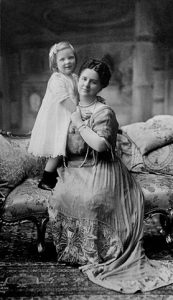 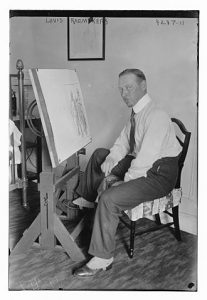 On the other hand, I’m writing about Dutch illustrator and cartoonist Louis Raemaekers, who believed strongly that neutrality was a serious mistake. His virulent anti-German (and perhaps more importantly, pro-Belgium) political cartoons reached an international audience.

As I write, both perspectives are understandable. Even laudable. It’s a conundrum. Or perhaps a lesson.

*Marx feels much later thanks to that additional twenty years–at least to my simple minded way of thinking.
**She had a very different opinion about the Nazis.