Looking at their stories as a whole, one thing is clear: women who joined the military disguised as men were part of a larger phenomenon of women who chose to break out of the constraining roles society allowed to women and pass as men. Women who served as soldiers often spent time disguised as a man in civilian life as well as in the military. After leaving the army,*** Spanish nun-turned-soldier Catalina de Erauso (1592-1750) spent the last years of her life working as a muleteer in the Latin American colonies under the name Antonio de Erauso. Emma Edmonds, traveled as a Bible salesman named Franklin Thompson for several years before she enlisted in the Union Army. Babe Bean spent five or six years traveling as man prior to enlisting to fight in the Spanish American War as Jack Garland. 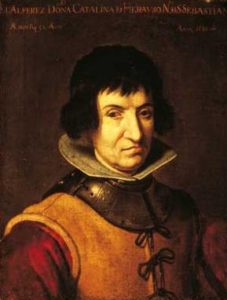 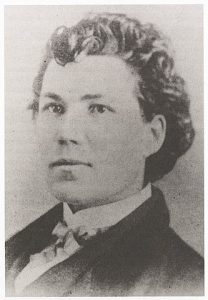 Successfully passing as a man gave these women access to more than just a better wage and the chance to do a job they otherwise could not aspire to. As men, they could travel more easily, get a better education, own property, enjoy more political rights, and, in some cases, marry other women.**** One of the most colorful and successful examples I found was New York City, politician Murray Hall (ca, 1840-1901). Born Mary Anderson in Govan Scotland, Hall successfully maintained the disguise that allowed “him” to be a Tammany Hall powerhouse for twenty-five years. Hall married other women twice, adopting a daughter with “his” second wife, and flirted with others. When the disguise was revealed after Hall’s death in January 1901, Abraham Gruber, Republic leader of the 17th Assembly District joked that there should be a law requiring Tammany precinct captains to wear whiskers so no woman could vote for the Democrats again.*****

*This is a tricky question. Did more women fight in the American Civil War than in earlier wars? Did the nature of the war and/or the time mean that more women were discovered?** Or do we simply have better records? (Sometimes it feels like every seemingly definitive statement I make rests on a shaky pyramid of uncertainties.)

**The point at which women disguised as men tend to enter the historical record.

***Not entirely voluntarily. The disguised Erauso was a good soldier on the battlefield, but a problem when not fighting. “He” alternated between courting young Spanish women and dueling with young Spanish men. Eventually “he” killed so many of his fellow soldiers that he was called before the authorities. Having confessed the truth about her gender, Erauso managed to escape punishment both for the killings and for the illegal act of disguising herself as a man. In fact she received a small pension from the Spanish crown and dispensation from the Pope to dress as a man. Go figure.

****I prefer not to assign modern gender labels to any of these women. I find the question of pronouns sticky enough. I will struggle with that topic in tomorrow’s news letter, along with a brief and ill-informed look at the new field of transgender history. If you’re interested and not yet a subscriber, you can sign up here: http://eepurl.com/cobpk9

*****Or maybe he wasn’t joking, given the rough and tumble world of New York City politics at the end of the nineteenth century.