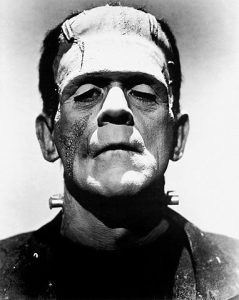 The year 1818 began and ended with the introduction of two very different works of art, both of which have become a permanent part of the popular culture. Mary Shelley’s Frankenstein was published on January 1st. On Christmas Eve, in the small Austrian village of Oberndorf bei Salzburg, young curate Joseph Mohr and schoolteacher/organist Franz Xaver Huber wrote Silent Night. *

*I must admit, I took a moment to search for a clip of Frankenstein singing Silent Night, which seemed like it should surely exist. I found nothing, but I offer the idea to any of you with video skills.