Vanya Eftimova Bellinger and I became acquainted three years ago after I heard her speak about her then new book, Marie von Clausewitz: The Woman Behind the Making of ON WAR at the Pritzker Military Library. I was fascinated.  Bellinger not only introduced me to an engaging historical figure about whom I knew absolutely nothing, but she also discussed important questions about the difficulties of writing about historical women. (Something that regular readers of History in the Margins know is a favorite topic of mine.) She did a Q & A for the blog then.  I’m delighted to have her back.

Vanya currently teaches at Air University’s Graduate School of Professional Military Education and Air Command and Staff College and is working on her second book, a study of Carl von Clausewitz’s Last Campaign (1830-1831). Prior to that she worked as international correspondent for major European media. The views expressed are her own and do not reflect the official position of the U.S. Air Force, the Department of Defense, or the U.S. Government. (A disclaimer that has never appeared on History in the Margins before.) 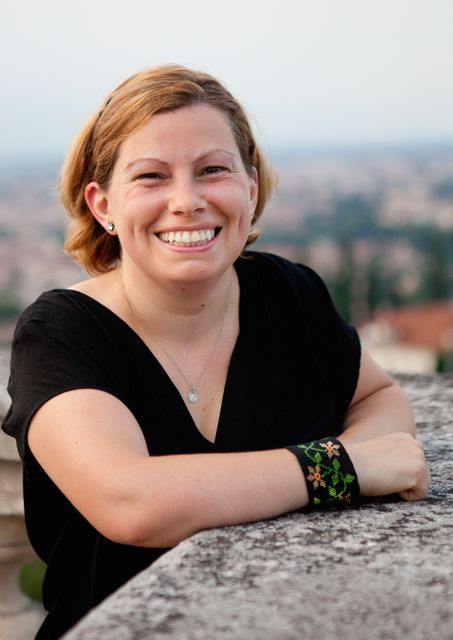 I love Pat Barker’s The Silence of the Girls that came out last year. It is a brilliant retelling of The Iliad but from the point of view of Briseis, Achilles’s concubine. I wish I  could have written something so beautiful but also powerful and devastating. Although a bit old, Annette Gordon-Reed’s The Hemingses of Monticello: An American Family remains one of my all time favorite books. It’s a prime example about how a work on women’s history can explicate the larger American history. Masha Gessen is not a historian but a journalist. I read everything she writes on Russia and Russian history.

Reading what other people read is, by the way, one of my favorite things in interviews. I am constantly on the lookout for new books. I am a bit of an insomniac and I literally need books to fall asleep and be able to function on daily basis. Also, when it comes to women’s history and women’s writing, we still suffer from disadvantages. We need to highlight these works and get them into the hands of more people.

Lack of sources remains the biggest challenge when writing about women. My first book, Marie von Clausewitz; The Woman Behind the Making of ON WAR is based on the newly discovered complete correspondence between Marie and Carl von Clausewitz. Yet this was a truly lucky break. In most cases, historians have to piece together the story from vague references in contemporary narratives, peel off layers of prejudice and fallacies, search for additional and indirect sources.

Despite working with a treasure trove that the Clausewitz’s correspondence is, I had to fill so many gaps in knowledge with interpretation, context, clues in other sources or texts written by other women facing similar challenges. The letters do not cover all periods in Marie’s life or always provide information about events and persons we find important. People write letters without thinking about the needs of poor future historians. They share what seems important for them, in that particular moment. Yet I find this detective work really exciting.

There is another issue I am very passionate about. I would like to see scholars relying on and granting more attention to female voices when writing history. I love reading and writing women’s history. But I would like, too, to encounter more women’s voices and women’s stories in the so-called traditional history. I will give you an example with my new book with the provisional title Carl von Clausewitz’s Last Campaign. It covers the European crisis of 1830-1832 and cholera’s arrival in Europe, and is going to be more of a traditional work of military history. I was shocked to discover how few women or texts written by women are featured in other works on the period. One of the books does not offer even a single quote from a woman. Furthermore on its three hundred pages, not even one woman is mentioned by name. Yet this was the time when fascinating personalities like Rahel Varnhagen, Bettina von Arnim, Dorothea von Lieven, Emilia Plater, among others, lived. They actively participated in the political, social and military events, and some of them left enormous correspondence or memoirs.

I don’t think the exclusion happened on purpose, rather a case of negligence. Still, the pattern is clear: women are quoted mainly in works on women’s history and female historians consulted only on topics concerning women’s history… The same unfortunate patter occurs with minorities. This is why I am so passionate about diversity in historical narratives. We have to break the pattern of negligence, do the extra mile and find other voices and viewpoints. Especially since these other voices offer so much more context and texture to our narratives.

[PT:  brief pause here for cheering from the stands]

How does your experience as a journalist inform your work as a historian?

I think I am more disciplined when it comes to writing, researching and meeting deadlines than a traditional historian coming from academia. After twenty years in various newsrooms, I take deadlines very seriously. I actually feel happy and fulfilled when meeting a deadline. I should add, however, that compared to journalism where the main focus is on the creation of content, academics constantly divide their attention between teaching, grading, administrative duties, etc. Research and writing often come last, unfortunately.

I also welcome feedback and editorial changes eagerly. Again, in journalism, we are trained to rely on editors or producers whose role is to proofread our work and help us create the best possible pieces. I care a lot about my readers and devote considerable time and energy to good writing. Journalists are a vain bunch — we want to be widely read and we want to believe that our stories can change the world.

Now it’s time to turn the table: I would like to ask you too who are some of your favorite authors working today? Let’s compare notes.

I’m currently loving Elizabeth Lett’s Finding Dorothy: a work of historical fiction by the author of The Perfect Horse about the making of the Wizard of Oz, seen through the eyes of Maud Baum. It is also about mothers, daughters, women’s suffrage, moving West, and creativity. Before I picked up Finding Dorothy, it never occurred to me to ask what it would be like to grow up as a prominent suffragist’s daughter.  (The short answer: complicated.)

Sarah Gristwood’s Game of Queens and Blood Sisters:the Women Behind the Wars of the Roses transformed the way I think about women’s roles in medieval and early modern European power politics.

Finally, not women’s history at all, but a book I’m an evangelist for: Tanim Ansary’s Destiny Disrupted: A History of the World Through Islamic Eyes, which is hands down the best general Islamic history I have read. And I have read a lot of Islamic history. 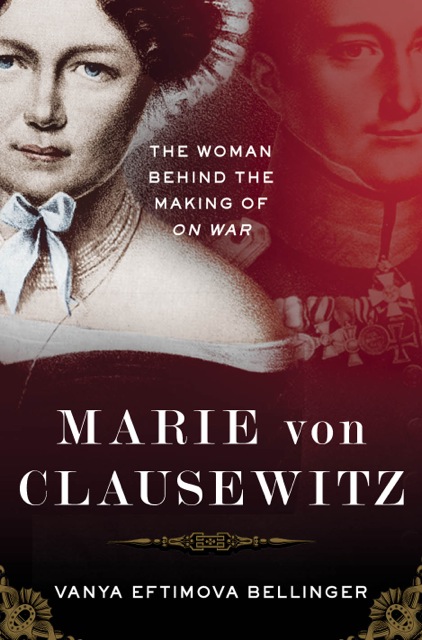 Want to know more about Vanya Eftimova Bellinger and her work?
Follow her on Twitter at @VanyaEf

(Drop in tomorrow for the next Telling women’s History interview: I’ve got an entire month of some of my favorite history people talking about the work they do and how they do it. Next up: Theresa Kaminski, most recently the author of Angels of the Underground: The American Women Who Resisted the Japanese in the Philippines in World War II.)