Paula Tarnapol Whitacre and I met for the simple reason that we both wrote books dealing with women who ended up in Alexandria, Virginia, in the Civil War. I wrote about nurses who served at Mansion House Hospital; Paula wrote about Julia Wilbur, an abolitionist and reformer.

Paula is a freelance writer and editor, usually working for the National Academy of Sciences and National Institutes of Health. She published A Civil Life in an Uncivil Time: Julia Wilbur’s Struggle for Purpose in 2017 (University of Nebraska Press/Potomac Books). She loves giving presentations on Julia Wilbur’s world and is currently researching the interrelated lives of three other, accomplished 19th-century women. Paula is president of Friends of Alexandria Archaeology and is on the board of the Civil War Roundtable of Washington, DC. 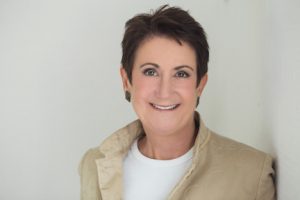 Do you think Women’s History Month is important? If the answer is yes, why?

I have mixed feelings about dedicating a month to women’s history, because women (and men) should be studied and discussed every month. But until that more fundamental wrong is corrected, Women’s History Month does give us the chance to talk about women’s accomplishments that are otherwise forgotten.

Even well-known women in the nineteenth century are often neglected by biographers and historians. What led you to a relatively unknown reformer like Julia Wilbur?

Quite simply, geography led me to her. I live in Alexandria, Virginia, where Wilbur worked from 1862 to 1865. During the Civil War, African Americans could escape slavery by entering the city, which was Union-occupied from the first day of the war to the end. In researching the period, I learned about the diaries of this ostensibly “ordinary” person who had come from Rochester, New York, to assist and advocate for freedpeople. I started transcribing and annotating her diaries. Historians had used her diaries as a valuable primary source, but there was no full-length biography about the woman who wrote her day-by-day account for literally decades. I decided to write it.

Much as I would love every high school student to know about Julia Wilbur, I am going to nominate Harriet Jacobs. Harriet Jacobs wrote Incidents in the Life of a Slave Girl, based on her own experience, and published it in 1861. She came to Alexandria shortly after Julia Wilbur did, and the two worked for freedpeople together. Incidents has entered the curriculum of many courses, but I would love her whole life, including her time in Alexandria, to be studied alongside the lives of Frederick Douglass and other anti-slavery leaders of the time.

So, Pamela—Given that we first met via your Mercy Street book, what did you find most compelling about women’s contributions during the Civil War?

I believe that their role as reformers after the war is the most important part of the story, at least as far as the nurses were concerned.

Many used their newfound experience at organizing, and at elbowing their way through bureaucracies to help change the world. Cornelia Hancock, for instance, started a school for the children of former slaves in South Carolina. Other former nurses were active in building hospitals for women and children, reforming prisons and asylums, and providing vocational training for girls. They set up relief funds for war widows and orphans, and organized programs to settle unemployed veterans on farmland in the West. Some became active in the labor, women’s rights, and temperance movement. A few used their experience as a springboard to national leadership roles, founding groups such as the Women’s Christian Temperance Union, and the American Red Cross. If you look at an American reform movement in the 20 or 30 or even 40 years after 1865, local or national, large or small, the odds are you’ll find a former Civil War nurse or two in the middle of things–or in charge. 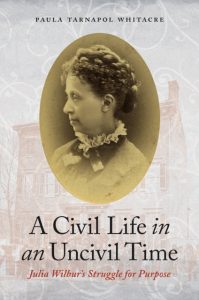 Interested in learning more about Paula Whitacre and her work?

(Drop in on tomorrow for another Telling Women’s History interview. I’ve got an entire month of some of my favorite history people talking about the work they do and how they do it. Next up: historian Kim Nielsen author of Beyond the Miracle Worker: The Remarkable Life of Anne Sullivan Macy and Her Extraordinary Friendship with Helen Keller.)