Erin Blakemore and I met many moons ago in a wonderful on-line writing group called Backspace. And like many Backspace alumni, we’ve stayed in touch on and off ever since. She is one of the hardest working writers I know: a prolific journalist who writes smart articles for smart publications about history, science, and the weirder corners of our culture. She is also the author of The Heroine’s Bookshelf: Life Lessons, from Jane Austen to Laura Ingalls Wilder, an exploration of some of the most beloved fictional heroines and the writers who created them.

Good morning, heroines and heroes of the literary world. This is your daily reminder that writing is hard. And raw. And worth it. 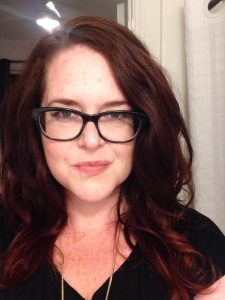 Take it away, Erin:

Tell us about a woman (or group of women) from the past who has inspired your writing.

I’ve long been obsessed with Charlotte Brontë, and she keeps showing up in my mind and in my work.

After I finished writing my first book, The Heroine’s Bookshelf, I couldn’t get her off my mind. A family member was having a really hard time, and it was affecting my ability to work. I remembered that Charlotte wrote Jane Eyre during the same kind of season. She lived feet away from her brother, who was breaking down mentally and physically, yet during the worst and most disruptive period of his life, she managed to write one of literature’s most enduring masterpieces. She’s often viewed as a sad spinster, but in real life she was indomitable.

I wasn’t ever able to break my interest in the Brontës, so eventually I decided to just give in. I’ve since written a novel about Charlotte and a book proposal about her extraordinary siblings. Something about their story—their perseverance and their defiance of the literary establishment—helps me take heart and take risks in my own work.

Prairie Fires, Caroline Fraser’s Pulitzer Prize-winning biography of Laura Ingalls Wilder and Rose Wilder Lane. I know a lot about Laura Ingalls Wilder, but Fraser was able to frame that material in an entirely new way. She uses Laura as a springboard for a book that’s really about the rise and fall of one of history’s great lies—the idea that a country could give away land and turn a wasteland into a farming paradise. Fraser’s witty and incisive and made me look at a beloved figure in an entirely new way. Her book really embodies the best of nonfiction to me: It was economical and as immersive as a novel, marshaling a massive amount of research into something I couldn’t put down.

In your work as a journalist, you write a lot of articles about women’s history for a variety of markets.  What are some of your recent favorites?

I feel so lucky to get to do this work—and I’m pretty prolific, so this was a hard one! Here are a few I loved working on.

‘Ku Klux Kiddies: The KKK’s Little-Known Youth Movement’ (History): On its face, this isn’t a women’s history story at all. But it’s stitched in. Women and children are essential parts of hate groups and white supremacist movements, and so many of those movements have been constructed around the lie that “undesirable” races threaten the sanctity of white women. This piece allowed me to explore those issues through a surprising lens.

’Sex and the Supermarket’ (JSTOR Daily): I think this was my favorite piece I wrote last year. Our simplistic narratives of mid-century women are just that: simplistic. I knew which academic sources I wanted to use when I wrote this piece, but finding the LIFE Magazine photospreads of put-upon shopping moms really shaped my writing’s direction.

‘The Women’s Suffrage Movement Started with a Tea Party’ (History): We tend to think of the women’s suffrage movement as women with banners or bombs, but I love that its roots are in the domestic conversations of a very unconventional group of women. I find the friendships that underpinned the movement fascinating.

’The Lost Dream of a Superhighway to Honor the Confederacy’ (The Atlantic): Some of my favorite work comes from tiny tidbits in the news. When I realized that my hometown, San Diego, once had a plaque announcing it as the terminus of the Jefferson Davis Memorial Highway, it rang a very faint bell. Following that curiosity led me to a massively popular Twitter thread and an in-depth exploration that shows a great example of what happens when women organize—for the wrong reasons.

A question for you:  What was a high point in writing Women Warriors—and a low point?

The low point? That’s easy. I spent an entire month wrestling with a chapter about female commanders, titled “Breaking the Brass Ceiling.” I started it, threw it out, started over. More than once I talked it through with My Own True Love, which is what I do when something isn’t working. I finally had to admit that there was no shared quality that held the chapter together. I finally had to abandon it. I’m not sure how many words I wrote in total, but the final Scrivener folder labeled “Chapter 5-DEAD” totals 10,600 words—twice as long as the average chapter in the book.  Luckily, some of those words found a home in other chapters.

I don’t think I had a high point that was as high as the low point was low, but there were a lot more of them. If I have to chose one: finding a structure that allowed me to include some stories that were important but didn’t quite fit in my thematic chapters. (I’m looking at you Matilda of Tuscany.) 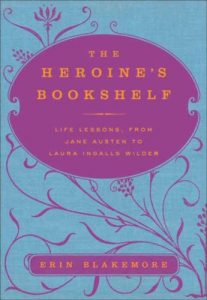 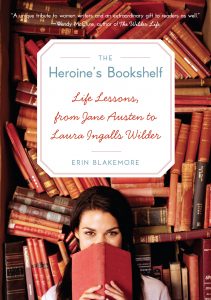 Interested in learning more about Erin Blakemore and her work?

(The month is coming to an end, but it’s not over yet. Come back tomorrow for another Telling Women’s History interview. Next up: Joanna Scutts, author of The Extra Woman: How Marjorie Hillis Led a Generation of Women to Live Alone and Like It.)