Women’s History Month is drawing to an end. This is the last blog post in this year’s series of Telling Women’s History.* And we’re going to end with a bang.

I am thrilled to have, Katie Nelson and Olivia Meikle, the hosts of the What’sHerName podcast, as my guests. I listen to a lot of podcasts, but What’sHerName is one of a handful that I make sure I listen to on the day they go live. What’sHerName tells the stories of fascinating women you’ve never heard of (but should have). The show is an engaging blend of story-telling, historical banter between the hosts, and interviews with experts. It is consistently smart, funny and thought-provoking. (And I thought that before they asked me to record an episode with them.)

Katie and Olivia bring impeccable credentials to the project:

Katie Nelson has a PhD in History from the University of Warwick and teaches courses in history, travel, and the meaning of life at Weber State University. She loves exploring life’s big questions and bringing students to Europe every year on study abroad courses.

Olivia Meikle teaches Gender and Women’s Studies at Naropa University in Boulder, Colorado. She has an MA in English Literature and Women’s and Gender Studies from the University of Colorado at Boulder. 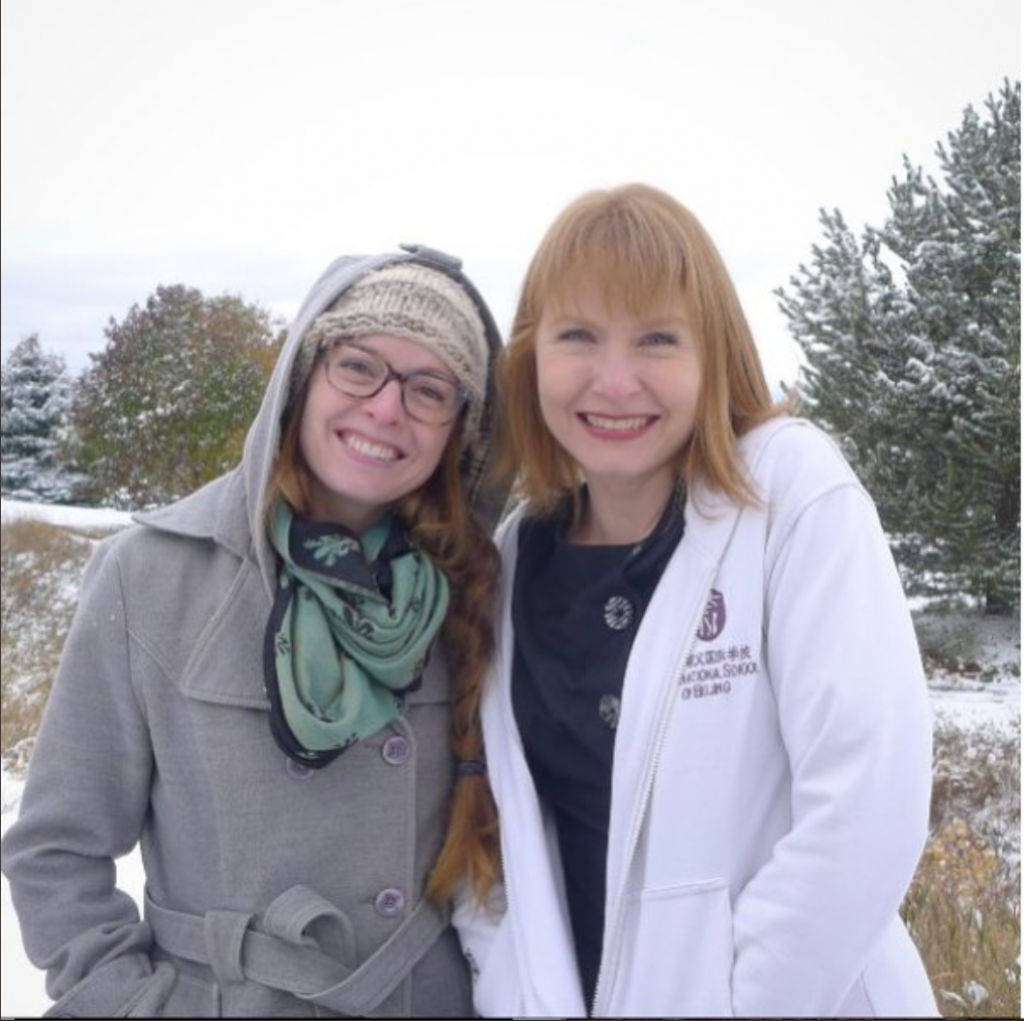 Take it away, ladies:

What inspired you to start the podcast?

Olivia — As sisters, we’d long talked about doing some sort of joint project together, and since Katie teaches History and I teach Women’s Studies, when we started brainstorming potential joint projects, women’s history was a natural choice. In early 2017 we started talking seriously about different options for collaborating on some sort of women’s history project, and realized that podcasts seemed to be just on the verge of breaking out into a mainstream and important platform (and were we ever right!) but we hadn’t really chosen a format or a specific focus yet. One day I was walking through one of my favorite historic cemeteries in Boulder (as one does) when I stumbled on a grave that was inscribed only “Mother.” No name, no other information, and no nearby family marker to give more details, just Mother. In that moment, stricken at the thought of this nameless woman whose individual identity was lost to history, I suddenly knew we had to follow Katie’s earlier suggestion that we focus on the forgotten women whose stories have been erased from our narratives. I called Katie as I walked back to my car, suddenly on fire with enthusiasm and ambition to push this project through, and What’sHerName was born!

How would you describe the purpose of the podcast?

Olivia— Our goal is to bring to life the “fascinating women you’ve never heard of,” –there are so many women in world history whose lives have been absolutely amazing, but no one today has ever heard about, and we want to make their stories part of our historical narratives.

Katie — History shouldn’t just be a torrent of facts to memorize and regurgitate. History is full of compelling, vivid stories of individuals’ struggles–their dreams, their failures and their triumphs. If told right, any historical figure from any time period can reach into the present and connect with people today. We want to make that happen.

Who are some of your favorite authors writing women’s history today?

Olivia—This year I’ve fallen in love with Sharon Wright’s delightful book Balloonomania Belles, about the female aeronauts who went up in the very first (wildly dangerous) hot air balloons. Then two of my longstanding favorites are Kirsten Downey’s brilliant biography of FDR’s labor secretary (and my personal hero) Frances Perkins, The Woman Behind the New Deal, and Rebecca Skloot’s groundbreaking book The Immortal Life of Henrietta Lacks, which I probably reread about once a year. I’m currently reading Laurel Thatcher Ulrich’s A House Full of Females which is remarkable.

Katie – I tend to go for biographies; I like a deep dive into a person’s life. When I read Anne Chambers’ biography of Grace O’Malley, 16th-century Irish Pirate Queen, I was floored. I thought, this woman was absolutely amazing, how was she not the most famous woman on earth?

Our question for you is: Which story most surprised you when researching Women Warriors? Which woman’s life was the most unexpected, or which erasure was the most inexplicable, or…we’re always interested in what authors find that they never expected.

A lot of individual women’s stories stories surprised me. Who knew, for instance, that Alexander the Great had an older half-sister who led armies in her own right? (Other than a lot of classicists.)
But the thing that surprised me was the importance of a group of women who I really hadn’t thought of as warriors until I got deep into my research: ordinary women who helped defend besieged cities. In the fourth century BCE, a Chinese statesman named Yang Shang called them “the army of adult women” and recommended that military commanders use them to defend a besieged city. Over the centuries, the “armies of adult women” who found on the walls and in the trenches to defend their cities far outnumber all the other women warriors put together.

Interested in listening to the What’sHerName podcast? Here’s the link: https://www.whatshernamepodcast.com/

* Though I’m making a list of possible choices for a possible reprise in 2020. If there is someone you’d like to nominate, drop me a line. No promises, though. Who knows what 2020 will bring?