Today I’m taking a brief break from all things D-Day to remind the Marginalia of another critical historical anniversary. 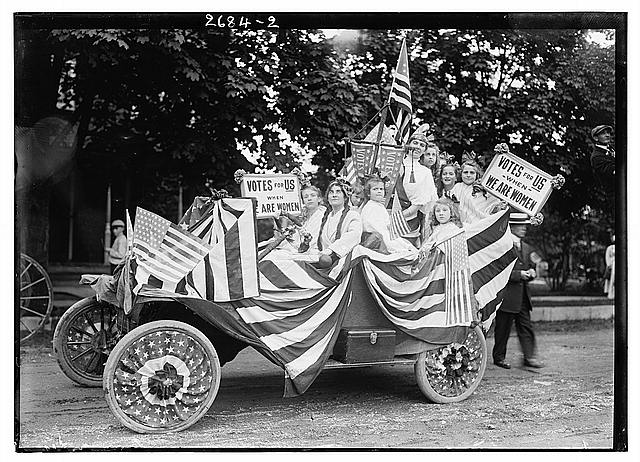 On June 4, 1919, Congress passed the 19th amendment, which would make it legal for the women in the United States to vote. The amendment was ratified on August 18, 1920. (Thank you, Tennessee!)

Please note I don’t say “gave them the right to vote”. Women fought hard for that right. Some even died for it.  Even after the amendment was passed, there was work yet to be done before African American and other minority women were able to exercise the 19th Amendment guaranteed to them.

Over the next fourteen months, we’ll come back to the the question of the 19th amendment more than once.  I have books I want to review.  Exhibits I want to visit. Soapboxes I want to stand on.  Because no one should take the right to vote for granted.