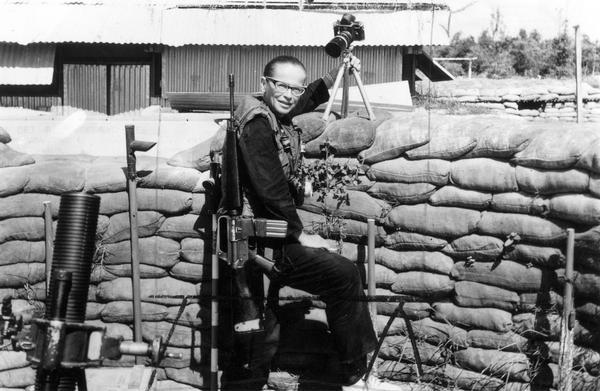 When I picked up John Garofolo’s Dickey Chapelle Under Fire: Photographs by the First Female War Correspondent Killed in Action at the Harold Washington Library yesterday morning, I intended to rifle through it quickly, grab what I needed, and move on.(1) It was simply one in a large stack of books that I wanted to get through, and one that wasn’t entirely on point for the project at hand. Best laid plans, etc. I was immediately sucked in. I had just enough self-discipline to take it home and read it later instead of squandering my treasured library day. (2)

In case it’s not clear from the title, Dickey Chapelle Under Fire is primarily a picture book. Chapelle reported on war with her camera. The photographs are powerful, painful, and heartbreaking. But it was the brief biography and the quotations from her autobiography, What’s A Woman Doing Here?, published in 1962(3), that caught my attention. She worked as a photojournalist in World War II, including the battles of Iwo Jima and Okinawa— a stint that cost her her credentials as a war correspondent because she knowingly disobeyed orders not to go ashore. She reported on the reconstruction of Europe after the war. Once again accredited as a war correspondent, she covered more than 30 conflicts between 1956 and 1959. She followed freedom fighters in Hungary—where she was imprisoned for two months and came close to being executed as a spy. She followed Fidel Castro in the Cuban revolution and Algerian rebels in the war against France. In 1961, she took the first of four assignments in Vietnam, where she was killed by a grenade while on patrol with a Marine unit in 1965—the first American female war correspondent killed in action.

The Marines dedicated a field hospital in her honor, with a plaque that read “She was one of us and we will miss her.”

Chapelle’s personality jumps off the page with every quotation and every life choice. A book well worth tracking down. 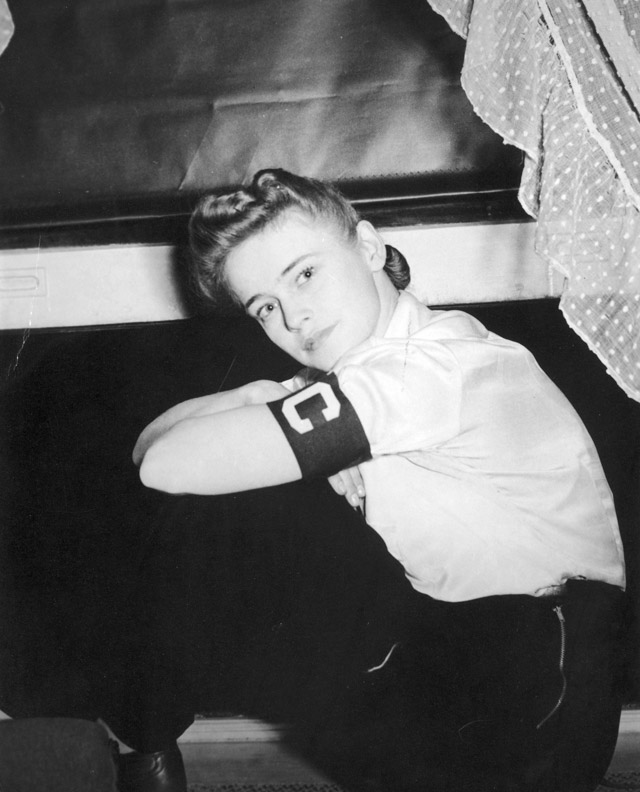 (1) A process I think of as scholarly pillaging.
(2) You would think that it would be easy for someone who writes full time to arrange a full day at the library whenever she wanted. And you would be wrong.
(3) Now on my reading list.

With thanks to friend and reader Joy McGinnis, who recommended Dickey Chapelle Under Fire in response to my request for non-fiction books about female journalists published in the last five years or so. I’d love add a few more to the stack, so if you have a recommendation send it on over.