Thirty years ago, on November 9, the Berlin Wall fell, or more accurately was torn down.* In memory of that event, I offer a [lightly edited] version of a post I ran in 2016. 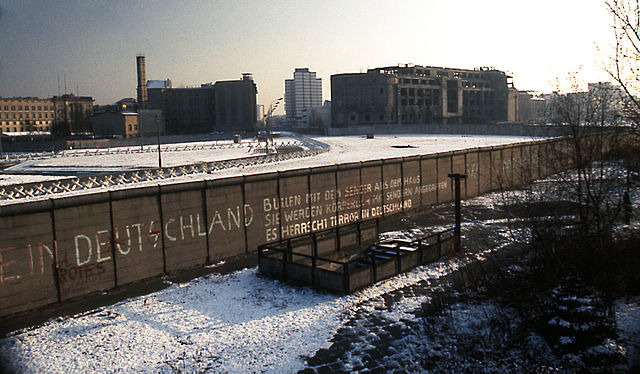 By Edward Valachovic, thanks to a Creative Commons license

Last week while we all blew noisemakers and wore party hats to celebrate the the 100th anniversary of America’s National Park Service, we let another anniversary slip by with less fanfare. On August 26, 1961, the Berlin Wall became more than just a barbed wire and cinder block barricade.

If you want a vivid and detailed description of the construction and impact of the wall, I recommend reading Thomas Harding’s The House by the Lake. Here’s the short version:

Construction of the wall began on August 12–a Soviet response to the thousands of East Germans who fled to the western sectors of Berlin. It was now illegal to cross the wall and border guards were instructed to shoot anyone who tried. On August 24, twenty-four-year-old Günter Litfin became the first East German to be shot as he tried to escape to the West. Two days later, West Berliners were forbidden from crossing into the East.

The wall stood as an international symbol of oppression until November, 1989. Many (most?) of us watched with tears of joy when East Berliners destroyed the wall with their own hands.* 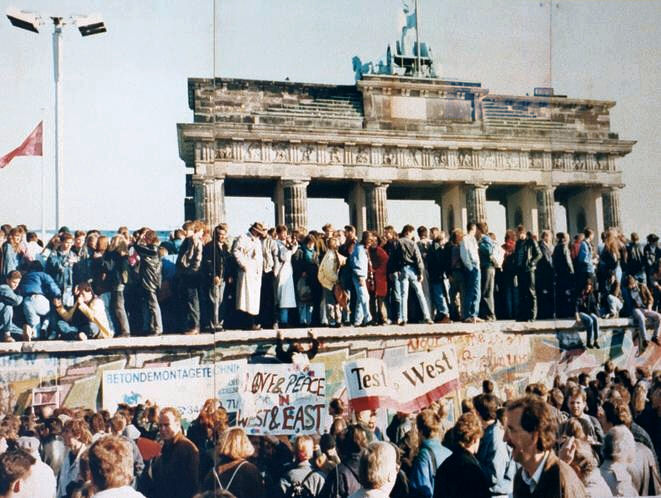 The reunification of the two German states into a single Germany is in many ways incomplete. But the destruction of that wall remains a symbol of hope.  To quote Robert Frost, “Something there is that doesn’t love a wall.”

*I’ve reached the point where I always question anything historical event that is described as a fall. The term always seems to be shorthand for something more complicated. In this case it erases agency.
**I still tear up just typing these words.