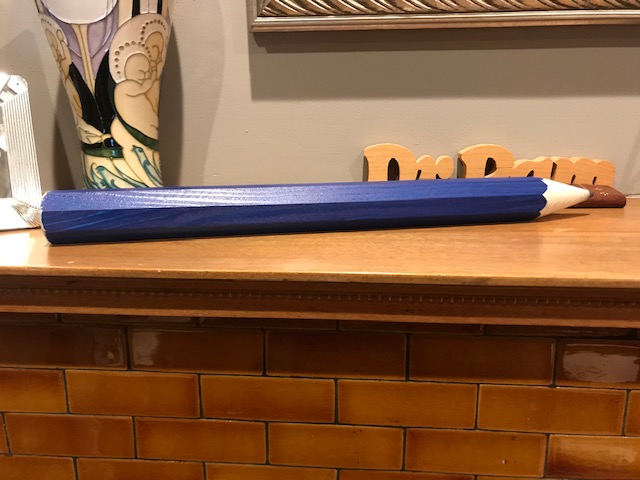 A giant pencil that I received as a Christmas present in Nuremberg. Thanks, Christopher!

One of the unexpected things I learned during our visit to Nuremberg over the holidays is that the city was the home to the first mass-produced graphite lead pencils, beginning in 1662.

Before we visited Nuremberg, I hadn’t given the history of pencils much thought.* In fact, the only piece of pencil history that I knew was that Thoreau invented a better pencil, and then got bored with the whole thing and went off to do something else. But I would have been hard pressed to tell you what made Thoreau’s pencil better. (We’ll get there in a moment.)

As those of you who have hung around here on the Margins for a while know, I can’t resist tracking down the story behind a bit of history trivia. Here’s some of what I found:

That’s all I’ve got. If you’re interested in learning more about pencil history, everyone seems to agree that the book to read is The Pencil: A History of Design and Circumstance by Henry Petroski. I must admit, I’m tempted. **

*On the other hand, I’ve spent a lot of time reading about the history of paper, which was invented in China and then spread to Europe via the Islamic world—making it exactly the kind of thing I’m fascinated by.
**In fact, I’m tempted by several of Petroski’s books.