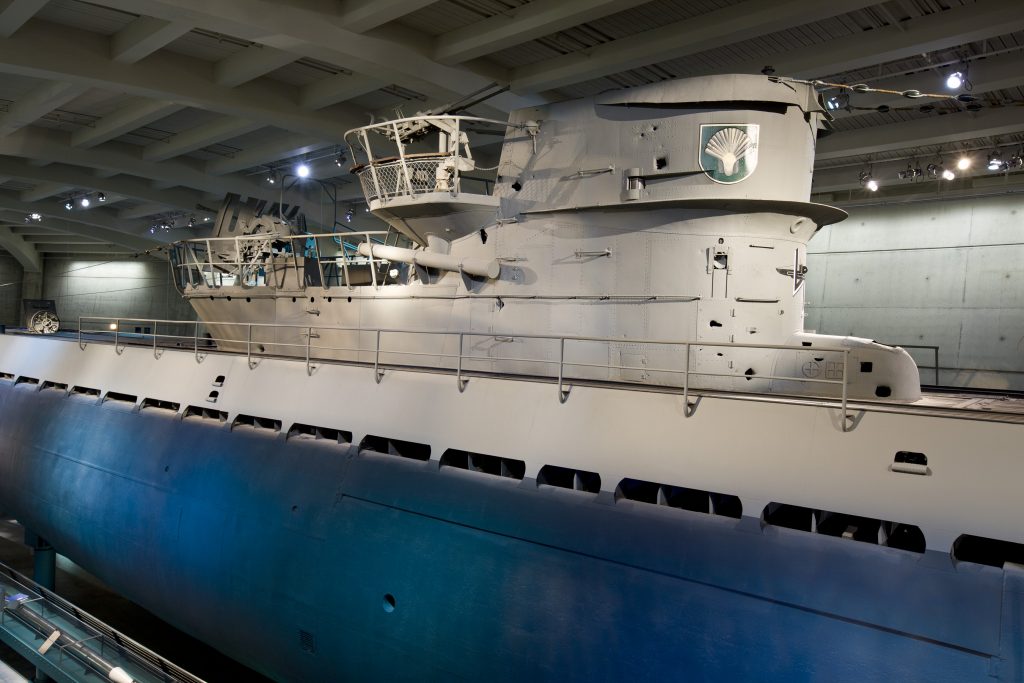 U-505 Conning Tower @ The Museum of Science and Industry

It is a truth universally acknowledged that if a major attraction is within a five-minute drive* of your home, you will seldom if ever visit it.

It is not true that I have never visited Chicago’s Museum of Science and Industry, which is one of the major landmarks in my neighborhood.** My first two summers as a very poor graduate student, I would visit the museum regularly because it was air-conditioned, free, and a nice change from the university library.

But until last night, I had never visited one of the museum’s major exhibits, the U-505 submarine.*** If you want the short version: wow!

The exhibit has two major components. A significant portion of the exhibit demonstrates how a submarine works. This stuff is clear and often fun: think an interactive periscope-navigation section. But the biggest part of the exhibit—and the part I was there to see—was the story of how a U.S. Navy Task Group captured the U-505 off the coast of West Africa, and why it was important. The MSI approached that story in several different ways: a film clip that included the respective commanders of the submarine and the American task force talking about the capture from their own perspectives, panels and timelines that traced the voyages of the U-505and the American ships, artifacts from the submarine (including what I assume was a replica of the Enigma machine from the submarine ), and a tour of the captured submarine itself. ****

Here are the big things I came away with:

If you’re coming to Chicago, or if, like me you live in Chicago but haven’t gotten yourself to the exhibit, I urge you to put this exhibit on your schedule. If Chicago isn’t in the cards, check out the on-line information from the museum HERE.

*Ten minutes, tops.
**Along with the University of Chicago, Frank Lloyd Wright’s Robie House and, more recently, President Obama’s house—depending on the interests of the person asking.
***I still haven’t visited the coal mine exhibit. Which may also be spectacular.

****Book a time slot for the tour ahead. For obvious reasons, each time slot can only accommodate a small number of people. And while I watched a glamorous young woman navigate the submarine with total ease in four-inch sparkling heels, I would recommend flat, non-slippery shoes.