Etta Madden and I hang out in a lot of the same places on-line. That’s true of many of the people I’ve interviewed here on the Margins this month, but in this case there’s a twist. In the course of hanging out on line, we discovered that we also hang out in some of the same places In Real Life, though not often at the same time. Etta teaches at Missouri State University, in my home town of Springfield, Missouri, and her Facebook and Instagram posts often make me homesick for my beloved Ozarks.

Here’s the formal bio: Etta Madden is the author and editor of Eating in Eden: Food and American Utopias, Bodies of Life: Shaker Literature and Literacies, and An Eliza Leslie Reader, along with numerous articles on American women writers and religious and alternative communities. She has received fellowships from the New York Public Library and the Library Company of Philadelphia to support research for her writing. A teaching appointment from the Italian Fulbright Commission and an National Endowment for the Humanities seminar at the American Academy in Rome have fostered her current book project on 19th-century American women in Italy. Since 1995, she has been a professor at Missouri State University.

Take it away, Etta: 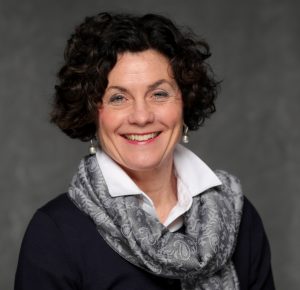 Pregnancy and birth control. Seriously, I know that seems elementary, but many students often don’t understand why heterosexual relations outside of marriage were so verboten for women in much of the texts we read from the past. (I teach literature, so teach history through texts such as novels and autobiographies). I ask them to go outside the box of thinking simplistically about parents and/or religious and government institutions limiting women’s freedom through mores and laws. Asking them to consider the very real ramifications of heterosexual relations apart from marriage in cultures without access to reliable birth control—the physical and financial responsibilities of childbearing and childrearing as a result—is eye opening for many of them. The outcomes of pregnancy in cultures where women had little access to economic freedom extend beyond the woman herself to those responsible for her and for any children she bore.

It doesn’t take long for this conversation to move into other issues of women’s societal positions in the past (and in the present, of course!). Most students are aware of other cultures with different marriage and family practices—whether matriarchal or polygamous cultures or ones with arranged marriages. These “other cultures” become more closely connected to western women’s history when we begin talking what it meant for women to risk pregnancy with heterosexual intercourse or, even worse, to have it forced upon them. The case of enslaved women—Harriet Jacobs, who had relations and children with a white man who was not her master, is a great example—add another interesting layer to the conversation of “choice.” Jacobs’s autobiography, Incidents in the Life of a Slave Girl, published under the pseudonym Linda Brent, is one of my favorite texts to teach to raise these discussions. Since her account was edited by a popular white woman writer, Lydia Maria Child, it also takes us into other conversations about women’s voices and stories. Whose stories get told, why and how? Until the last part of the 20th century, Jacobs story was considered just another one of Child’s many fictional works.

How do your personal interests and experiences drive your research and writing on gender, especially your work on food as a gender issue?

Personal connections motivate us in our research subjects, right? I have always loved to eat and to cook—my family spent a lot of time at the table and in the kitchen. That could be the starting point for my writing about food. But it’s not that simple! As one food scholar wrote years ago, (I’m paraphrasing), many people think sexual relations are the most pervasive element of human cultures, but really, food consumption is. Eating trumps sex. Just about anyone could move from their personal experiences with food to write about it. The reality for me is that my interest in religious communities (and women in them), both arising my family background, catapulted me into writing about religious rules about drinking and eating.

Tell us about a woman (or group of women) from the past who has inspired your writing.

Mother Ann Lee, the founder of the religious community known as the Shakers, took me by surprise. I was beginning the project that became my first book, Bodies of Life: Shaker Literature and Literacies, which I dove into because of my interest in the relationship between literacy and religion. I hate to sound trite, but Mother Ann’s life story changed my life. She was the illiterate daughter of a blacksmith in Manchester, England, yet she preached from scriptures she had memorized and visions that inspired her. Mother Ann’s forceful rhetoric and charisma convinced people to follow her to America on the eve of the Revolutionary War and establish a spiritual community that continues today. The Shakers rocked the world of colonial New England and then the western states of Kentucky and Ohio in part because of their celibacy, communal property ownership, and female leadership—instigated by Lee’s teachings and example. Certainly, she wasn’t the first woman whose life story has found a place in women’s history—the medieval mystics Margery Kempe and Julian of Norwich, the martyr Joan of Arc, and, more recently, Mother Teresa, all come to mind.

Among this circle of notable women, however, Ann Lee turned my world upside down because she was a smart leader yet deemed illiterate. And, sadly, she is now little known. As I began to study her, I learned of and wrote about numerous other women in colonial and nineteenth-century America who were similarly influential: Jemima Wilkinson (founder of the Society of the Universal Friend), Elizabeth Ashbridge (a Quaker itinerant), Rebecca Cox Jackson (an AME visionary in Philadelphia who became a Shaker), Julia A. J. Foote (an AME Elder and evangelist). Learning about how these women came from humble beginnings yet found their voices and made an impact on society—especially on other women—motivated me to write and to speak up and out.

Voice and vocation in these women’s lives (although they all followed spiritual callings) has driven me to explore women whose callings are more secular. American women following their vocations to travel to Italy in the 19th century are the focus of my current book project. News correspondent Anne Hampton Brewster, translator and poet Caroline Crane Marsh, and education activist Emily Bliss Gould all left extensive written records of feats they accomplished abroad that have fallen under the radar of women’s history. As writers, these women remind me of the importance of daily writing, both the behind-the-scenes private words we generate and the smaller versions that make it to the public. They all become part of the record of the social fabric that creates history.

My question for you: Since Women Warriors details the stories of figures across centuries and around the globe, and the Heroines of Mercy Street zooms in on a much narrower time and place, I am curious about how you go about determining a frame for your projects. What thoughts do you have about differences between framing a single-subject book and one that focuses on several women? How does the more wide-ranging breadth influence the research and how you tell the stories?

First, I think you may be giving me more credit for a conscious process than I deserve. At some level, I believe that stories choose us. And once a story has locked on to your imagination*, part of the work is finding the frame.

That said I would argue that Heroines of Mercy Street and Women Warriors are more alike than their scope would suggest. Both books talk about groups of women and both books are built around a structural spine so they are more than simply a series of mini-biographies all in a row. In the case of Heroines of Mercy Street, that spine is two memoirs written by women who nursed at Mansion House Hospital in Alexandria, which was the setting for the PBS drama Mercy Street. Between them, those memoirs gave me a story to follow through the course of the war and touched on all the big issues I needed to discuss.** Women Warriors is organized around a series of themes dealing with the reasons women have historically gone to war, how those reasons relate to women’s roles as daughters, wives, mothers and widows, peacemakers, prostitutes, poets and queens–and what happens when women step outside those roles to take other identities.

Which brings me to your question about the research. While some of the women I wrote about in Women Warriors also left memoirs about their experiences, most of them did not.*** In fact, the sources for many of the women I wrote about are limited in scope and of questionable accuracy. Which means I spent a lot of time talking about sources, and the problems with sources, and the patterns that appear in how the sources talk about women across time periods and geographical boundaries. And I occasionally got testy about it.

Want to know more about Etta Madden and her work?

*And by your, I mean my, as I so often do.
**Obviously I was very lucky that those memoirs existed. But if they hadn’t existed, I’d have found a different way to write the book.
***And those that did were often unreliable narrators.

* * *
Come back tomorrow for three questions and an answer with Jane Austen scholar and roller-derby bad-ass Devooney Looser.