Read the following bio carefully. (SPOILER ALERT: Devoney Looser has one biographical element that has never appeared on History in the Margins before and which I suspect will never appear again. )

Devoney Looser is Foundation Professor of English at Arizona State University. She’s the author or editor of nine books, including The Making of Jane Austen and The Daily Jane Austen: A Year in Quotes. Devoney’s essays have appeared in The Atlantic, the Los Angeles Review of Books, the New York Times, Salon, Slate, The TLS, and Entertainment Weekly, and she’s had the pleasure of talking about Austen on CNN. She was named a Guggenheim Fellow and National Endowment for the Humanities Public Scholar in support of her next book, Sister Novelists, a biography of the pioneering historical novelists, Jane and Anna Maria Porter. It’s slated for publication by Bloomsbury in fall. Fun fact: Devoney has also played roller derby under the name “Stone Cold Jane Austen,” is faculty adviser to the ASU roller derby team, and is a fellow at ASU’s Global Sport Institute. You can follow Devoney’s latest on Austen, women’s history, and women in sport by signing up for her newsletter at https://tinyletter.com/DevoneyLooser

Take it away, Devoney! 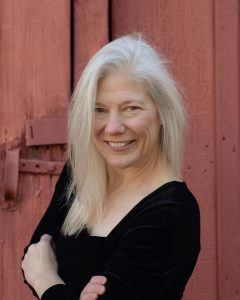 As you might guess, I have lots of thoughts about that question. Most people would probably say I overthink it. Ha! But from my perspective, there really can’t be too much Austen in any given day. So that’s a major “why Austen” for me—because I haven’t yet gotten tired of reading her or studying her or her era. The reason Austen continues to resonate that way for me, and for so many of us, I think, is because her work is eminently re-readable on the level of the plot, the character, and the sentence. You could open any one of her novels almost anywhere, point to a sentence, and be pretty sure of being pleased. Chances are that whatever it is will be a terrific word morsel—or at least it will make you want to read another sentence. I teach literature for a living, and I love to read all kinds of things, but the impulse to reread certainly doesn’t happen to me with every author or book.

Last year, I had the chance to revisit all of Austen’s writings in one fell swoop. I went over them with a fine-tooth comb, because I’d been charged with selecting 378 quotes for the edited book that would become The Daily Jane Austen (University of Chicago Press, 2019). [https://www.amazon.com/Daily-Jane-Austen-Year-Quotes/dp/022665544X] I knew I needed to choose one quote for every day of the year, plus leap year, plus a longer quote to begin each month. I found it difficult to narrow it down to just 378, believe it or not! I’ve been telling people that the book contains their recommended daily minimum dose of Austen. I’ll stand by that quip.

I realize that doesn’t get at the “why” of your question entirely, Pamela, so I’ll try to push further here. In The Making of Jane Austen [https://www.amazon.com/Making-Jane-Austen-Devoney-Looser/dp/1421422824 ], I suggested that another way to consider the impact of her legacy would be to ask, “Whose Jane Austen?” The Jane Austen I admire has turned out to be not only a figure who created many pleasurable reading experiences but she’s also proven, for me, a way to affiliate with others who love strong women, snarky humor, sneaky irony, and trenchant social criticism. Readers obviously turn to her books for other reasons, and that’s fine. We don’t all have to love her (or hate her, or find ourselves indifferent to her) for the same reasons. But I continue to find Austen’s fiction an incredibly fertile place not only to start pleasant conversations but to provoke really interesting arguments about how to lead a meaningful life in a world that’s often deeply unfair.

My next book is a biography of Jane Porter (1775-1850) and Anna Maria Porter (1778-1832), the most famous sister novelists active before the Brontës. I think the book is going to appeal to people who love gripping, true stories about strong women, especially those who lived simultaneously inspiring, troubling, and tumultuous lives. Sister Novelists is slated to come out with Bloomsbury in fall 2021 [https://www.publishersweekly.com/pw/by-topic/industry-news/book-deals/article/80713-book-deals-week-of-july-22-2019.html]. I’ve been working in the archives to piece together the untold story of the Porter sisters for almost fifteen years now. There isn’t yet a full-length biography of them. It’s been an amazing journey, completing this book, with the support of a Guggenheim Fellowship [https://www.youtube.com/watch?v=aqlFVP9vM4M] and a National Endowment for the Humanities Public Scholar Award.

Sister Novelists also just feels like a natural next book for me to write, after The Making of Jane Austen [https://twitter.com/Making_Jane] and The Daily Jane Austen [https://twitter.com/thedailyausten] As much as I love Austen, I’m really taken with her contemporaries, too—the hundreds of late eighteenth-and early nineteenth-century British women writers who were active at a time of profound literary growth and social change. The Porter sisters were once among the most celebrated of that group, but they gradually became among the most neglected and forgotten.

Jane and Maria lived in the era of the French Revolution, the Industrial Revolution, the early years of activism seeking the abolition of slavery and the slave trade, and the pivotal struggle for women’s rights, sometimes called “the longest revolution.” The sisters were thrust into the middle of it all. For a time, they ended up at the center of it. They’d struggled to gain fame and to make a living as writers without any of the usual advantages. They were largely self-educated. They weren’t born into wealth or with access to powerful connections. What they did have was talent, drive, and a sense of humor. The Misses Porter eventually became household names, only to discover that the men they loved didn’t want to risk marrying famous women without fortunes. Their lives alternated between triumph and heartbreak.

Several of their novels became bestsellers, including Jane’s Thaddeus of Warsaw (1803) and The Scottish Chiefs (1810). Much of their fiction presents perfect, pious heroes and heroines, without fault or flaw. These too-good-to-be-true characters haven’t stood the test of time as Austen’s have. What ought to endure, however, are the Porters’ remarkable and never-before-published letters to each other. These moving letters document their private struggles. They talk about what it’s like to come into their own as powerful public women, and to set out to use their voices, at a time when most of the world wasn’t very willing to give intelligent, independent women their due. I can’t wait to share Jane and Anna Maria’s fascinating lives with readers.

I’ve found that researching historical women can be challenging whether you’ve got too little information or too much! For Austen, there’s relatively little. We’ve had to deal with the reality that just 161 of her letters that survive, out of the thousands that she must have written. When you find one small thing that’s new about Austen (as I did recently, with an unearthed piece of 1823 fan fiction, which I got to describe in the Times Literary Supplement [https://www.the-tls.co.uk/articles/fan-fiction-or-fan-fact/]), you want to shout, “Eureka!” It’s like discovering the proverbial needle in a historical haystack.

With the Porter sisters, it’s exactly the opposite problem. Jane and Maria saved seemingly every scrap of their writing. There are around ten thousand unpublished manuscript items, many of them heart-rending private letters. The family’s papers were sold off at auction after Jane Porter’s death. These documents came to be spread out at libraries all over the world. Thousands of items made their way to the United States, so that’s been fortunate for me. I’ve had the benefit of closer proximity and the scholarly privilege of gaining access to them. But the Porter sisters’ haystack is enormous. I’ve tried to make my way through this mass of material for many years. It’s been like piecing together a puzzle of people, places, and events. I like to joke that I know more secrets about the Porter sisters than I do about many members of my own family! The first time I read their letters, I had literally no idea what was going on or who was who. It’s difficult to piece together one complicated life, much less two, but it feels like a great honor to me to try, as well as a feminist responsibility.

The most difficult part about researching Sister Novelists, then, has been the sheer mass of archival material. I’m trying to get a handle on the sweep of the sisters’ story, to do it justice, as well as to handle its brilliant minutiae. I hope readers will decide that all of the trouble I’m taking was worth it. I’m absolutely confident that this book is righting a historical wrong that’s been done to the Porters’ legacy—a wrong so many important women of past centuries continue to face. I’m proud to be among the non-fiction writers seeking to turn that trend around.

As a final aside, I’ve also really grown to love paleography—the study of old handwriting. For some of it, it’s addicting! Give it a try. [https://www.nationalarchives.gov.uk/palaeography/]

Question for you: Who is your go-to author, or favorite re-readable book of the moment, and why?

In the order in which I read them:

Francis Hodgson Burnett’s The Secret Garden, which I think is fundamentally about hope. I tend to re-read it at that bleak point in mid-February when it feels like spring will never come again.  It is such a comfort to watch the garden come alive alongside Mary and Colin. (I also love Hodgson’s much maligned Little Lord Fauntleroy. )

Louisa May Alcott’s Eight Cousins and its sequel Rose in Bloom. I love Little Women, but Rose’s story is the one that draws me back year after year.

All of Dorothy Sayers mysteries (with the exception of The Nine Tailors. *yawn*) and Mary Stewart’s early romantic thrillers. Together they gave me a broader vision of what a woman’s life could look like. 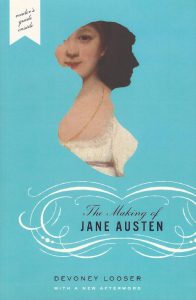 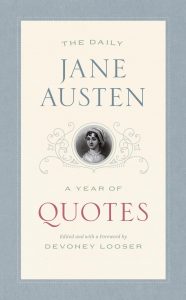 Want to know more about Devoney Looser and her work?

Tomorrow it will be business as usual here on the Margins with a blog post from me. But we’ve still got more people talking about women’s history from a lot of different angles next week. Don’t touch that dial!