I first discovered Elizabeth Cobbs’ work through her book of historical non-fiction titled The Hello Girls. I enjoyed it enough that I set out to find out more about her.* I was flabbergasted to learn that she also writes smart, entertaining historical fiction.

Elizabeth Cobbs brings fresh, unexpected perspectives to our understanding of the past and present. Building upon worldwide research and extraordinary life experiences, Elizabeth writes best selling  fiction and non-fiction that is both scholarly and witty. Her path-breaking books and articles reveal a world that is as intriguing and surprising as it is real.

Elizabeth earned her Ph.D. in American history at Stanford University. She now holds the Melbern Glasscock Chair at Texas A&M University and a Senior Fellow at Stanford University’s Hoover Institution. Her books have won four literary prizes, two for American history and two for fiction. Elizabeth has been a Fulbright scholar in Ireland and a Fellow at the Woodrow Wilson International Center for Scholars in Washington, D.C. She has served on the Historical Advisory Committee of the U.S. State Department and on the jury for the Pulitzer Prize in History.

Take it away, Elizabeth! 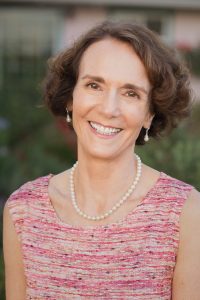 You write both historical fiction and historical non-fiction.  Is your research process different for fiction than for non-fiction?

For me, both types of storytelling require research in primary and secondary sources, but there are differences as well. Nonfiction requires developing a careful paper trail. I scour the documents to pin down every fact. It’s painstaking and I’ll spend hours in far-flung archives. Fiction is more imaginative, and I have to stock my supply of sensations and impressions in addition to my store of knowledge. Writing a novel requires knowing the scent, sound, and exact order of daily events. To the extent possible, I walk the same ground the characters did to see what they saw. I find that sometimes gives me unexpected new insights into facts I initially gleaned from books and letters. For example, to understand how Harriet Tubman could possibly infiltrate 25 miles upriver into the enemy territory of South Carolina, I literally watched how the Combahee moves, put my toes in its quicksand-like mud, and kept a sharp eye out for alligators.

What type of historical figure makes a good base for a historical novel?
I think the richest historical figures are the ones who were conflicted, scared, ready to turn back and yet kept moving forward, tumbling towards the goal that defined them. Personally, I find hand-wringers dull. Give me someone who is all in despite their doubts. The most interesting figures are women and men who run rather than walk towards their destiny–however dangerous or costly the path. I am endlessly curious about characters whose bravery astounds me.
How do you walk the line between historical fact and fiction in a novel?

I will not move or change any fact that we definitely know, regardless of how tempting it might be to do so for the sake of pacing or dramatic effect. As a professional historian, I’m always looking over my shoulder at my university colleagues. Historical fiction, for example, often incorporates sex and romance. When I started writing about Alexander Hamilton, before Lin-Manuel Miranda staged his epic musical, I kept wondering if other professionals would still respect me in the morning. But I felt fairly certain that Alexander and Eliza’s eight children were sufficient evidence of late-night romps. Curiously, Miranda strayed far from certain facts for the sake of the show–but then, he doesn’t have to turn around and teach U.S. history. To me, writing a historical novel is like “connecting the dots.” I get to make up everything in between, so long as events and dialogue are consistent with the fixed points.

My question for you: Were there women warriors who set back the cause of women? How do they fit in our history? Do you avoid writing about them?

There’s a long tradition of collective biographies of notable women, warriors and otherwise, that emphasize the heroic aspects of individual women’s stories. Often they’re written to provide female role models for girls. It’s a worthy goal. I loved those books as a child. (For that matter, I still love them.) But Women Warriors is not that kind of book.

Quite frankly, a lot of the women I wrote about could not be considered a role model for anyone. I wrote about women whose stories included lying, cheating, murder and revenge, as well women who performed acts of astonishing heroism and national heroines. Not to mention national heroines who lied, cheated and murdered in the name of defending their home, nation or religious convictions.

*This, writer friends, is why you need an on-line presence of some kind. 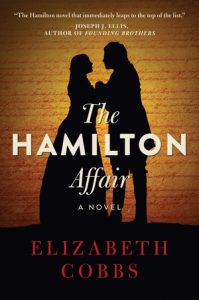 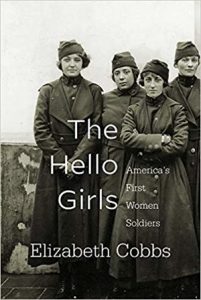 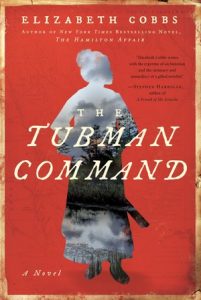 Want to know more about Elizabeth Cobbs and her work?

Come back tomorrow for three questions and an answer with music historian Angela Mace Christian, who asked me a doozy of a question.