The award-winning author of seven acclaimed novels, Mary Sharratt is on a mission to write overlooked women back into history. Her latest novel, Ecstasy, (Houghton Mifflin Harcourt 2018, Mariner Trade Paperback 2019) explores the dramatic life of composer and life artist, Alma Schindler Mahler. Ecstasy was a Chicago Review of Books Best Book of the Month and a New York Post Must Read Book. Sharratt’s Illuminations: A Novel of Hildegard von Bingen won the Nautilus Gold Award and was a Kirkus Book of the Year 2012. Sharratt’s articles on women’s history are published in The Wall Street Journal, Huffington Post, Catapult, and Electric Literature.

Take it away, Mary! 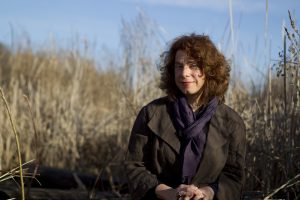 I’m on a mission to write overlooked women back into history, a task I find both exhilarating and daunting. To a large extent, women have been written out of history. Their lives and deeds have become lost to us. To uncover the buried histories of women, we historical novelists must act as detectives, studying the sparse clues that have been handed down to us. To create engaging and nuanced portraits of women in history, we must learn to read between the lines and fill in the blanks.
Thus far, I’ve written about the Pendle Witches of 1612 in Daughters of the Witching Hill, revealing these much-maligned women in their true historical context as cunning women and healers. My 2012 novel Illuminations explores the life of visionary 12th century abbess, polymath, composer and powerfrau Hildegard von Bingen. In The Dark Lady’s Mask, I delve into the life and work of Aemilia Bassano Lanier, England’s first professional woman poet and possibly Shakespeare’s Dark Lady. My most recent novel Ecstasy is drawn from the life of composer and life artist, Alma Schindler Mahler, a woman, who in my opinion, has been unjustly dismissed and vilified.

My aim is to shine a light on overlooked women, to take them out of the margins and place them center stage. To make their lives and work accessible and relevant to contemporary readers.

Unfortunately we, as writers, can run into problems when we present a view of historical women that challenges common misperceptions. On the one hand, readers and critics are justifiably skeptical about novelists who present plucky historical heroines with attitudes that feel too contemporary and thus anachronistic to their time and place. On the other hand, if you sit down and do the research, you will discover that every epoch had its radical voices, movers and shakers, extraordinary women who rocked the establishment. Think of Sappho, Hypatia, Hildegard of Bingen, Elizabeth I of England, Aphra Benn, Anne Bonny the Pirate Queen, Emma Goldman, and Rosa Parks, to name a few. Too often readers and, unfortunately some reviewers, appear to have a distorted and uninformed view of women in history and seem too quick to label any strong heroine anachronistic, even if the author has backed up the fiction with considerable research.

My hope is that as more authors delve into the lives of historical women and present them in all their nuanced glory, public perceptions on women’s history will undergo a long overdue sea change.

My next novel, Revelations, which will be published by Houghton Mifflin Harcourt in Spring 2021, is a trip back to the late Middle Ages. Revelations should be of special interest to fans of my 2012 novel, Illuminations: A Novel of Hildegard von Bingen. Here I return once more to the realm of the female medieval mystics. Revelations is the story of the intersecting lives of two spiritual women who changed history—earthy Margery Kempe, globetrotting pilgrim and mother of fourteen, and ethereal Julian of Norwich, sainted anchorite, theologian, and author of the first book in English by a woman, Revelations of Divine Love.

Imagine, if you will, a fifteenth century Eat, Pray, Love.

In addition, I am also collaborating with composer Sarah Kirkland Snider to adapt my novel Illuminations: A Novel of Hildegard von Bingen into an opera, entitled Tongue of Fire. The opera will debut at the Prototype Festival in New York in January 2021.

My question for Pamela: If you could pick one woman from history to put in every high school history textbook, who would it be?

This is always tricky, because high school history books tend not to get into a lot of detail. (Or at least they didn’t when I was in high school.) So I feel that it is not enough to pick a woman who should be better known, but one who played an important role in a major event—a role that changes our understanding of that event when they are included.

One example would be the women who flew airplanes for the United States as part of the Women’s Airforce Service Pilots (WASP) program. They were not allowed to fly in combat, but they trained male pilots who later served overseas, they transported planes of all types for military use within, and they served as test pilots for new airplanes. Their service made it possible for the United States to build a functional military air force, and consequently helped end the war more quickly. (And as so often happened, they were treated badly by the government after the war. But that’s a story for another blog post.) 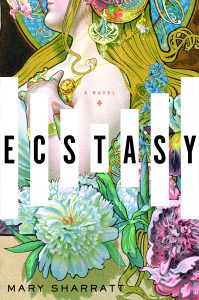 Want to know more about Mary Sharratt and her work?

Come back tomorrow for three questions and an answer with Kate Jermain, the host of The Exploress, one of my favorite women’s history podcasts.