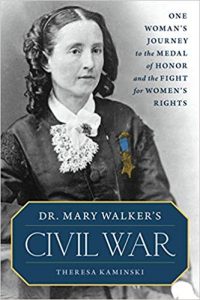 If you’re interested in the American Civil War, you’ve probably heard of Dr. Mary Walker.  You probably know that she:

1) Worked as a surgeon in the war
2) Is the only woman to have received the Medal of Honor
3) Wore pants long before it was common for women to wear pants.

All those things are true. But they are only a small part of Walker’s story. In Dr. Mary Walker’s Civil War: One Woman’s Journey to the Medal of Honor and the Fight for Women’s Rights, historian Theresa Kaminski paints a portrait of Walker as a whole person and sets her in a broader context than the Civil War. Walker was a shin-kicker by any standard. As Kaminski demonstrates, Walker wanted to “be somebody.” She also wanted to change the world for the better, whether it was reforming standards of women’s clothing or fighting for women’s rights.*

Like many crusaders, Walker did not play well with others. She was both thin-skinned and abrasive, quick to take offense and often offensive. She often took unpopular positions within the movements she supported. As a result, one of the most fascinating parts of Kaminski’s account is the way Walker’s contemporaries, fellow reformers and antagonists alike, systematically attempted to erase Walker from the narrative, with substantial success. 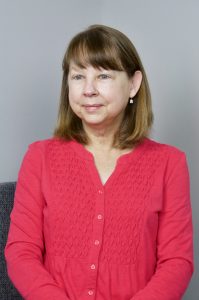 If you want to know more about Theresa Kaminski or Dr. Mary Walker’s Civil War:

*Speaking of suffragists and the 100th anniversary of the 19th Amendment, as I believe we were.