If you’ve been hanging around here on the Margins for a while, you know I have a weakness for reference books.

These days I try to exercise some self-control when it comes to adding a volume or three to my hoard.* The bookshelf dedicated to references books is close to  full** and every book added requires me to make hard choices about books currently on the shelf. 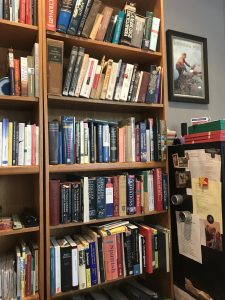 Nonetheless, several weeks ago I gave in and bought a book that I’d been eyeing for months: World War II Map by Map, published by DK for the Smithsonian. I justified it for two reasons. First, I was looking for good maps of the North African campaigns of 1941 and none of the books already on my shelves had one. Second, the book I’m currently working on requires a strong grasp of WWII, even though it is not military history in the most technical sense of the term. *** But I will happily admit those were just excuses to place the order. The fact is, I am a sucker for an historical atlas, and this looked like it would be a good one. 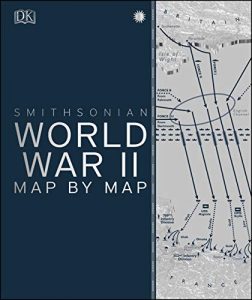 World War II Map by Map lived up to my hopes. It is a thing of beauty—not a surprise for a volume created by DK and the Smithsonian working together. Divided into five sections, beginning with the years between the two world wars and ending with a section titled “Endgame and Aftermath”, the book uses maps to both tell the broad story of World War II and to provide a detailed focus on smaller stories within the broader arc. The book is enriched by photo essays on subjects that are not easily told by map, such as code breaking and Germany’s “V-weapons”.

In the short run, I found the two maps dealing with the North African campaigns of 1941 enormously helpful, particularly when paired infographics on the same subject from World War Infographics, another reference book I was pleased to add to my shelf. Going forward, I suspect I’ll be turning to it over and over again as I think about World War II.

Sometimes you just need to understand what’s happening on the ground.

* “Collection” suggests a more orderly and informed process of acquisition than I can claim.

**It’s too shallow to accommodate my favorite expansion technique of shelving books two-deep. Bad planning on my part.

***Personally, I think the most technical definition of military history is too narrow to teach us much about war. As the late military historian Peter Paret said at the Prtizker Military Museum and Library’s “On War” symposium several years ago, “You can’t get answers to the big questions about war by staying at the level of tactics and operations.” It was music to my ears.

For anyone who might be interested:  I’ll be speaking about Women Warriors as part of the on-line Lunch and Learn series at Norwich University, October 21, 11-12 Central Time.  Here’s the registration link: https://register.gotowebinar.com/register/8634144165090842127