I loved Janice Nimura’s first book Daughters of the Samurai, so I was thrilled when I heard she had a new book on the way. I was even more thrilled when I learned it would be about Elizabeth and Emily Blackwell, whose stories I encountered when I wrote about Civil War nurses several years ago. I have only dipped into The Doctors Blackwell, but I am eager to read more.

Janice received a Public Scholar Award from the National Endowment for the Humanities in support of her work on The Doctors Blackwell. Her previous book, Daughters of the Samurai: A Journey from East to West and Back, was a New York Times Notable book in 2015. Her essays and book reviews have appeared in the New York Times, the Washington Post, the Los Angeles Times, Smithsonian, The Rumpus, and LitHub, among other publications.

I am delighted to have her here on the Margins.  Take it away, Janice: 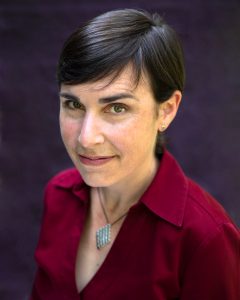 What led you to this story?

My first book-length project, Daughters of the Samurai, grew out of my personal history: my husband was born in Japan, and we lived there for the first few years of our marriage. The story of three young women learning to be at home both in Japan and in America resonated deeply with me. Once that book was out in the world, I knew whatever I took on next also needed to connect to some part of my own identity.
That turned out to be 18-year-old pre-med me. I first encountered Elizabeth and Emily Blackwell about five years ago and was astonished I’d never heard of them. I grew up in the city where they practiced, I went to a proudly feminist all-girls school from the age of 5, I was a math-science kid, and I graduated with the full intention of pursuing medicine. (I was seduced by the humanities in college.) How was it that I’d never heard of the Blackwells?

When I started to investigate further, I learned two things. One, I wasn’t the only one who had never heard of them. The few people who did nod in recognition tended to be women, and they all said the same thing: “oh yeah, I had a book about Elizabeth Blackwell when I was little.” Always Elizabeth, never Emily.

The second thing I learned was that the children’s books left out most of the story. Once I moved deeper into the archives, I discovered two opinionated, prickly, brilliant sisters who didn’t care whether the world agreed with them and didn’t always agree with each other. They weren’t always easy to like, and that was what I liked about them. They were extraordinary and also full of very human contradictions and complexities, and it began to feel important to reintroduce them to the present.

Was your experience of writing about the Blackwells significantly different than that of writing your last book?

My first project, Daughters of the Samurai, was a bit like falling in love: I met a story that captivated me and would not let me go. It felt like I was just the medium, as if these voices from the past were using me to bear witness to their forgotten lives. There wasn’t an enormous amount of material, but there was enough, and the arc of the girls’ journey from Japan to the U.S. and back in the 1870s and ’80s made a natural narrative shape. The whole experience had an ecstatic quality to it.

And then that book was finished and published, and I wanted to do the whole book-writing thing again—but you can’t fall in love on command just because you want to. This time it was more like an arranged marriage. I met the Blackwells, and their story was intriguing, but I was wary. There was a mountain of material—nine siblings writing to each other for most of the 19th century, for starters—and there wasn’t the same kind of neat narrative arc. The story wasn’t nearly as obscure, and featured cameos by such chronicled luminaries as Florence Nightingale, Lucy Stone, Henry Ward Beecher, Lady Byron, even Abraham Lincoln. And Elizabeth and Emily themselves were difficult characters—which probably explained why it was easier to find them on the children’s shelf, where all the rough edges were smoothed away. But in the end, that turned out to be what I loved most about this story: it taught me that heroes aren’t consistently heroic, and it’s important to honor them even while looking squarely at their shortcomings. Doctors was a bigger challenge than Daughters, and a different kind of love.

Elizabeth Blackwell shows up here and there in Historyland, but Emily is generally reduced to a side note to the career of her better known sister.   Are there special challenges to writing about a historical team in which one person is overshadowed by the other in historical accounts?

From the beginning, I knew I wanted to write this as the story of both sisters, and bring Emily out from Elizabeth’s shadow. She wasn’t first, and she hadn’t published the volumes of memoir and opinion that Elizabeth had, so I knew that the sources on Emily would be thinner. But there were plenty of letters, including intense exchanges between her and Elizabeth at key moments, and there were wonderful journals. At moments when Emily was doing something particularly interesting—for instance, while she was training in Edinburgh with the flamboyant physician James Young Simpson—I took special care to go deep into the world around her and make the context as rich as possible. I went to Edinburgh and followed in her footsteps, noting everything she had described. And though there are several chapters in the book that focus heavily or exclusively on Elizabeth, I made sure to weave in Emily’s voice or her perspective wherever possible, so that the reader is always holding both sisters in mind. I firmly believe that Elizabeth Blackwell would not have made it to the children’s biography shelf without Emily at her side in medicine.

Question for you: How do you feel about Women’s History Month? Is it necessary? Will it—or should it—become obsolete?

I am so ambivalent about Women’s History Month.

It has its roots in the fact that school history curricula didn’t include women. A group of women in California decided to change that. A wildly successful Women’s History Week in Sonoma Country, California in 1978 grew into what is now Women’s History Month. The ways in which it is observed seem to grown year after year. But I fear that its success makes it harder to solve the underlying problem.  Turning women’s history into a special unit that is taught in March, means that women’s history remains a side bar in many classrooms, despite the efforts of hard-working teachers to integrate women into the historical story.

As long as women aren’t integrated into textbooks, Women’s History Month remains necessary. I’d love to think it will become obsolete, but in the meantime I intend to share as many stories about women’s history as I can. 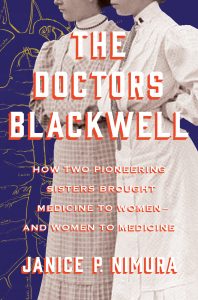 Want to know more about Janice P. Nimura and her work?