Diana Giovinazzo is the co-creator of Wine, Women and Words,  a weekly literary podcast featuring interviews with authors over a glass of wine. Diana is active within her local literary community as the president of the Los Angeles chapter of the Women’s National Book Association. Her debut novel, THE WOMAN IN RED, was released August 4, 2020. Her second novel, ANTOINETTE’S SISTER will be released January 11, 2022. 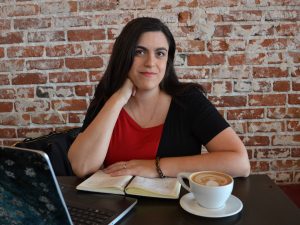 The Woman in Red is the story of Anita Garibaldi, best known as the wife of Italian nationalist Giuseppe Garibaldi. Are there special challenges to writing about a woman whose story has been overshadowed by that of her husband?

Giuseppe Garibaldi is one of the most famous men in Italian history, there is no shortage of books analyzing everything he did. On the flip side, there was virtually nothing on Anita, and if she was listed in a book the information was wrong. I mean so blatantly wrong to the point where I couldn’t even trust the source. The lack of information that I was able to get was not only a challenge but I continuously having to go back and double-check my sources against each other. No too book was the same and it was really frustrating.

What types of sources do you rely on to create rich fictional characters from obscure or poorly documented historical figures?

The books I had to primarily rely on were first-hand accounts from Giuseppe, their friends, and even Anita herself. In the end, those were the only sources I could truly trust.  Which is so different from the book that I am currently working on where history books and biographies can be trusted. It’s a little weird.  I am thankful I was able to use these resources though because it really helped me capture their voices and their feelings of what was happening.

Women’s History Month is exceedingly important. For so long women’s history has been delegated to the fringes letting the contributions that women have made slip through the cracks of the historical record. Taking the month of March to pause and reflect on the women who came before us helps us remember and to preserve their memories for future generations.

And my questions for you: What woman in history has been influential for you?

There are so many ways to answer that question! There are women who taught me how to be the person I am. And women who fought for women’s rights  and gave me opportunities I wouldn’t otherwise have enjoyed. But I think I’ll go with two historical figures who shaped my interest in women’s history.

The first is Clara Barton, the most famous of the women who nursed in the American Civil War and the founder of the American Red Cross. She was the subject of the first biography I ever read. (Not just the first biography of a woman. The first biography, period.) I was seven or eight at the time and reading everything that crossed my path. Barton captured my imagination, both in her own right and because it was the first time I learned that women could do Big Things. I was hooked.

The second is Lakshmi Bai, the Rani of Jhansi, who led her soldiers onto the battlefield to fight the British in the uprisings of 1857. She was a major figure in my master’s thesis and an important step on the road to writing Women Warriors. 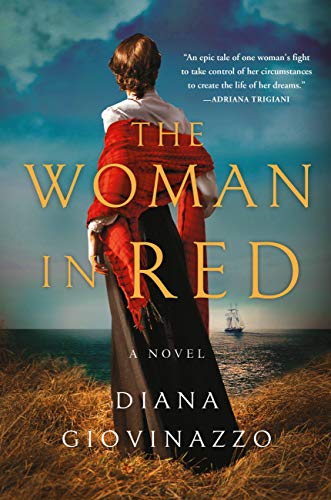 Want to know more about Diana Giovinazzo and her work?

Come back tomorrow for a great Women’s History Month story from friend of the Margins, Jack French.