Natalie Dykstra is the author of Clover Adams: A Gilded and Heartbreaking Life, a 2013 Massachusetts Book Award finalist.  She received a 2005 NEH Fellowship for her research on Clover Adams and a 2018 NEH Public Scholar Award for her upcoming biography of Isabella Stewart Gardner.  She is Professor of English at Hope College and an elected Fellow of the Massachusetts Historical Society.

Take it away, Natalie: 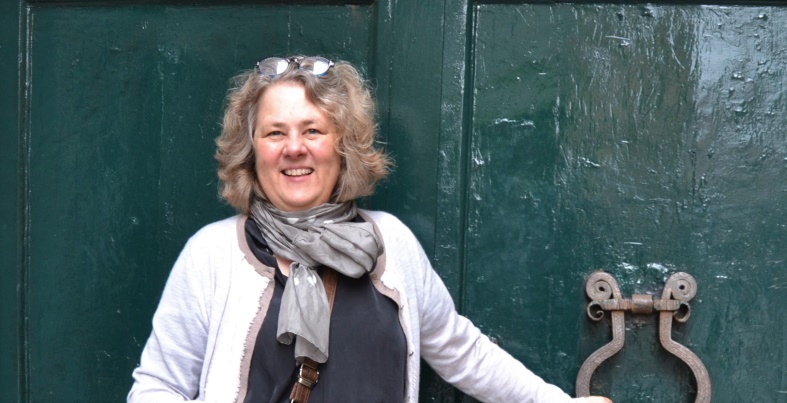 Writing about a historical figure like Isabella Stewart Gardner (1840-1924) requires living with her over a period of years.  What was it like to have her as your constant companion? 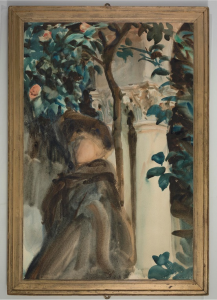 At first, it was very intimidating. She was a remarkable woman who lived a long life, knew a wide range of people, collected important art, and created a magnificent museum that bears her name in Boston. She knew how to dress and dance and didn’t suffer fools. She could be unpredictable, saying whatever was on her mind. Her wealth unnerved me initially. And at first I found it hard to lay aside my need to have her like me or approve of me in some kind of retroactive way. As I’ve gotten to know her, slowly over several years, I see a tender side that she protected very carefully. She’d lost her only child early in her life; Bostonians mocked her; she knew the men around her would get most of the credit for what she accomplished with her museum. Yet she persisted. There’s a scene from a trip she and her husband, Jack Gardner, took on the Nile in 1874 that I loved thinking and writing about. They’d spent months on the river, coming on shore for various expeditions. She filled her travel album with descriptions and sketches of the scenery along with an elaborate key for the hieroglyphics. On one of their last days, she woke up very early to say “goodbye to one of the old worlds’ wonders” at Abu Simbel. She got there first, before anyone else, and lay on the warm sand to watch the sun rise in the sky as it lit up the “benign calm of the great Ramses.” Someone who does that is a lot of fun to write about!
*Mrs. Gardner at Fenway Court, 1903, by John Singer Sargent, ISGM.

Has your experience of writing about Gardner been significantly different than writing about Gilded Age hostess and photographer, Clover Adams, who was the subject of your previous book?

The two women knew each other. Gardner was three older than Adams, and their social circles overlapped. I first took on Clover’s attitude toward Mrs. Jack – that she was a lot of work to be around. I gradually let that go, agreeing more with Clover’s husband, Henry Adams, who thought otherwise and marveled at her energy. I’ve said elsewhere that Clover’s story was a kind of chamber piece; she died young and tragically by suicide. Her world started to close in around her, even as she grew to be a gifted photographer in her last years. Isabella’s story is a full orchestra with innumerable instruments and choirs. And her life became larger and larger as she got older. Her museum opened to the public when she was about to turn sixty-three years old. That’s part of what drew me to the story. I find the shape of her life – an early promise, terrible losses, a long quiet, and then a coming to fruition, a blooming, much past the time otherwise expected—to be fascinating, unexpected, immensely moving. And she lived long enough to fully realize and enjoy what she’d accomplished. That’s rare and particularly so for a woman of her generation.

I write biography. I like thinking a long time about a single person in relation to a time period and cultural context. Virginia Woolf has a simple phrase for this interweaving of an intimate story with larger historical forces: “a fish in the stream.” What I like so much about the genre is that it defeats preconceived ideas of what happened. People are never the sum of our theories about them. So there are always surprises or eddies in how a story moves that I can’t anticipate ahead of time. I’m not a fiction writer. I like the constraint of fact that biography imposes, and within that constraint, one can use the tools of fiction, such as setting, character, detail, metaphor, and voice.

I think, too, I write biography for the same reason I read biography: to feel less alone. Biography assuages as no other kind of writing or reading.

My question for Pamela: I’d love to know how you choose your writing projects – what combination of sources, characters, or storylines get you to say: “that’s next.”

In my experience, writing projects choose the author, and not the other way around.

In the case of Women Warriors, I had literally been collecting the material for years, just because, before my then-agent asked “Would you be interested in writing something about women warriors?” My response could be summed up as “Who dropped that hat?” (It was another two years, another book, and another agent before it found a home.)

But that’s the exception.

Usually a project (large or small) starts by my stumbling across something I don’t know that catches my imagination. I almost never have the luxury of thinking about it immediately. So I start a page in my ideas notebook* and move along. A lot of ideas die in that notebook. But if a subject continues to poke at me, eventually I start down the rabbit hole: What already exists on the subject? What sources are available? What shape would the book take? Why should anyone else care?

All of those are practical questions. They are important questions. But they aren’t the decisive question. At least twice I have abandoned perfectly viable book proposals halfway through. (It hurts.) In one case, I realized that if I was that bored writing the proposal, writing the book would be even worse. In the other case, I thought it was a important book, that someone should write it—and I wasn’t the right person. That word “should” is critical. In a recent newsletter, biographer Alexis Coe drew a distinction between a book she wanted to write and a book she thought she should write. It is the crucial distinction. And it doesn’t happen in your head. Or at least it doesn’t happen in mine.

Two years ago, an article that referred to my current book topic popped up in my newsfeed. I was already deep in the process of exploring an entirely different subject. I’d done some interviews. I’d traveled to meet with a group of enthusiasts. I wasn’t quite sure about the shape of the story, but I was sure there was a story. I just needed a little more time to find it.  While I struggled to find what the story would look like, decided to spend some time with the new idea, just to see what was there.  And just like that, I had my next project.

Superficially, the two subjects looked very similar.  Both are under-told stories about women who were well known in their time and were not quite forgotten.  Both had available archival sources. But one story demanded to be told NOW and the other didn’t. 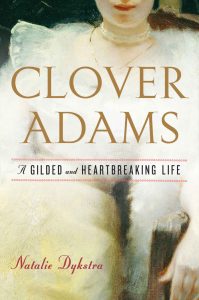 Interested in learning more about Natalie Dykstra and her work?

If you’re interested in the process of writing and thinking about history, you might enjoy my newsletter, which comes out roughly every two weeks. The content is totally different from History in the Margins. In recent months I’ve discussed cliffhangers, the odd experience of reading history “in real time” in the form of old newspapers, the question of “first-naming” the subject of a biography, and , well, women photojournalists. (You can tell where my mind’s been lately.) If that sounds like your glass of chianti, you can subscribe here:  http://eepurl.com/dIft-b .(When you subscribe, you’ll get a link for a very cool downloadable timeline of the Roman emperors and the women who fought against them or supported them, which I created with the people behind The Exploress podcast.)