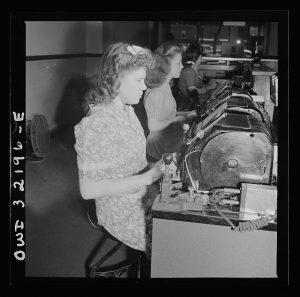 One of the things foreign correspondents juggled in the days before the internet rendered long-distance charges meaningless was the eternal trade-off between time and money in turning in a story. The mail was slow and (relatively) cheap. Cables and telephones* were fast and expensive. Reporters were torn between the desire to scoop other papers on big stories and the desire not to have their editors harp at them about their monthly cable bill.

If a reporter sent in a “mailer,” she had room to expand on a topic, fill in background, even play with language. But cables were paid for by the word, with an upper limit on how many characters counted as a word. As a result, foreign correspondents needed to send stories by cable to their editors back home using the fewest possible characters. The result was cablese: a funky shorthand in which reporters used special symbols and abbreviations, condensed some words, and left others out altogether, leaving the cable editor at the home office to put the stories back into plain English. “Untreaty smorning” became “no treaty agreed upon this morning” in the hands of a skilled cable editor. (These went the other way as well in the case of newspapers like the Paris edition of the Chicago Tribune, where reporters on the copy desk created columns for the paper from a fifty word dispatch of cablese from the home office.)

Every news agency had its own list of codes so they wouldn’t get scooped, but some techniques were common to them all. A creative use of prefixes was popular: exGermany appears frequently in Sigrid Schultz’s cables home. Words couldn’t simply be run together: canny wire operators would recognize that as a an attempt to game the system. But reversing a phrase was fair game: uplook for look up, downhold for hold down, onworking for working on.** There is a story that an editor sent British writer Evelyn Waugh*** an assignment to investigate reports that a British nurse had been killed in an air raid. The cable red SEND TWO HUNDRED WORDS UPBLOWN NURSE. Waugh found the rumors were not true and replied NURSE UNUPBLOWN.

Most of the examples I’ve seen don’t feature that degree of flair. Here’s a pretty straightforward example from Sigrid Schultz’s correspondence: Thank u v much for letter of Oct 31 clears up the matter v satisfactorily since u assure me that u r not askg G office new information or cards issued f reporting purposes.

*Sometimes used in combination in the period I am dealing with in a effort to get the best balance. A reporter in Berlin would call in a story to a central office in Paris or London, from whence it would be cabled to New York, and then on the other hubs.

**Spellcheck hates these and suggests upload, download, and non-working as replacements.

***He was a journalist as well as a satirical novelist and used his own experience of covering a foreign war to great affect in Scoop.

Posted in Déjà Vu All Over Again, Journalists, Odd Bits and tagged déja vu all over again, foreign correspondents