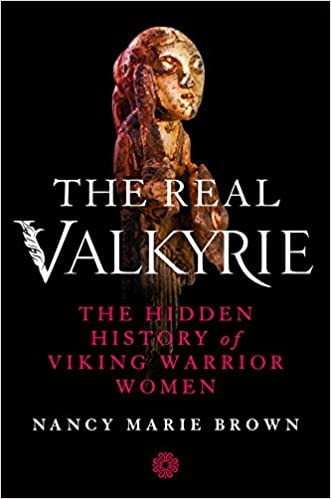 If you’ve been hanging out here in the Margins for a while, you know that I am fascinated by the continuing archaeological discoveries of ancient women warriors. Sometimes they are genuinely new discoveries. Sometimes they are a result of someone taking a closer look or asking new questions about existing. remains. This trend started in 2017, when Swedish bioarcheaologists released their findings that an iconic Viking war known as the Birka man was in fact the Birka woman.  Their results raised a huge flap in the world of Viking studies.

In the intervening years, scholars have begun to ask more complicated, or at least different, questions about sex, gender and remains. These questions, and the Birka woman herself, are at the heart of Nancy Marie Brown’s  The Real Valkyrie.

Brown takes the reader on a deeply researched and richly imagined exploration of the possible life of the Birka woman, whom she names Hervor. She interweaves a narrative of what Hervor’s life might have been like with the research on which she bases that narrative. She looks closely at the assumptions at the root of many of those long-held beliefs.* She asks new questions of sagas, chronicles, and archeological sources—and leads the reader through what those sources can tell us. She introduces us to a broader version of the Viking world, and to many powerful Viking women who have been previously dismissed as fiction. In the process she upends much of what we have traditionally believed about Viking women. The end result is a complex and important addition to women’s history.

It is also a fast-paced, delightful read, with lots of “wow!” moments along the way.

If you’re interested in Vikings, women warriors, women’s history, or how historians work with evidence, this one’s for you.

*Medieval Christianity, Victorian ideas about women and a historical novel written by a Swedish writer during World War II all helped shape our popular conceptions about Vikings. 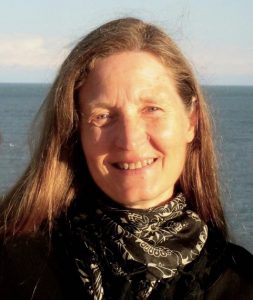 FYI:  On September 13, I’m joining Nancy Marie Brown for a virtual discussion about The Real Valkyrie courtesy of the Hudson Valley Library and Historical Society. I expect it to be a lively discussion about the Birka woman,Vikings, and women warriors in general, with Q & A time at the end. Here’s the registration info: An Evening with Nancy Marie Brown . See you there?