For my last substantive post of 2021, I was torn between looking at 1921 and 1941. I finally decided that 1941 had received lots of attention in Historyland, at least in the United States, thanks to the 80th anniversary of the bombing of Pearl Harbor. Every major media source, and a lot of minor ones, found a version of the story to tell. (I had a chance to get into the act on Bloomberg Radio’s Balance of Power program, talking about new roles for women in World War II and the influence of those roles on the feminist movement of the late 1960s and 1970s. ) * So, 1921 it is. 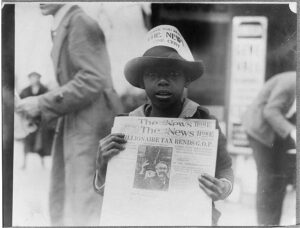 The year was marked by trailing issues from World War I, all of which had consequences for the future:

At some level you could argue that everyone lost the peace.

Looking beyond the world of peace treaties and tying up loose ends, here are some highs and a lot more lows:

Did I miss something important?

*Obviously there are lots of stories from 1941 that didn’t receive the same degree of media attention this year, including General Erwin Rommel’s arrival in North Africa with the Afrika Korps and Hitler’s invasion of Russia.

**If you want a clear example of how the experience of Black Americans has been left out of history as we are taught it: the Tulsa riots do not appear in any of my historical timeline reference books, all of which were printed in the last twenty years. Just to put this in context: one of them includes the winner of that year’s Rose Bowl game and another noted the first use of two way radios by police. The real problem here is that if you don’t already know about the Tulsa riots, you won’t realize that they are missing.

Posted in A Year in Review, Innovation, Twentieth Century and tagged 1921, A year in review