Last year, as part of my annual Women’s History Month series, I interviewed Kathleen Stone about her forthcoming book They Called Us Girls: Stories of Female Ambition from Suffrage to Mad Men, which is due out on March 1st. (You can read the interview here.) This year I asked her to lead us into March with an essay about writing the book and what drew her to professional women before “second wave” feminism.

Kathleen Stone knows something about female ambition. As a lawyer, she was a law clerk to a federal judge, a litigation partner in a law firm, and senior counsel at a financial institution. She also taught seminars on American law in six foreign countries, including as a Fulbright Senior Specialist. Her work has appeared in Ploughshares, Arts Fuse, Los Angeles Review of Books, Timberline Review, and The Writer’s Chronicle. She holds graduate degrees from Boston University School of Law and the Bennington Writing Seminars, and lives in Boston.

Take it away, Kathleen! 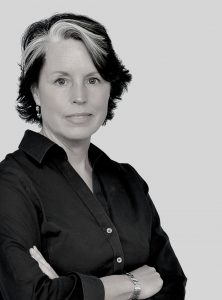 Don’t you love it when a sudden insight gives fresh perspective to your research? For a long time, you’ve been thinking about a topic, digging for facts and spinning theories, all while not really knowing where you’re headed. Your research is solid, but the individual points don’t hang together. Then, voilà! A newly discovered fact pulls everything together. You have a narrative thread.

That describes my experience of researching and writing my book, They Called Us Girls. My book is about women of my mother’s generation who had careers in male-dominated professions. These women came of age in the mid-20th century, when most women didn’t work outside the home or, if they did, had jobs deemed “appropriate” for them. But these women ignored convention and headed for careers in science, medicine, law and other fields where they would be in a tiny minority and face big hurdles.

I didn’t know it then, but my book journey began when I was a young girl. I’m a baby boomer and grew up in a suburban town west of Boston. My father worked as a lawyer and my mother stayed at home with three children and housework. This arrangement of male breadwinner and female home worker was typical in our neighborhood. Really, it’s all I knew, but I wondered if other paths were possible. My mother had worked at IBM before I was born, training customers on office equipment, but retired when she was pregnant with me. I used to wonder whether a woman could have a job like the one she had had and be a mother too. I knew a small handful of women had been in law school with my father and I was curious about them too. What made them believe they should have a “man’s” jobs?

Fast forward to 2010. I was a lawyer, nearly 30 years into my career, and I still wanted to find out about women like those I had wondered about as a girl. I wasn’t sure I would write a book, but I was determined to talk to some older women. I began to dig into books on women’s history. Some were filled with data and analysis. Others were stories of women who broke barriers in unconventional venues such as the theater and labor unions; still others were oral histories of women who followed Rosie the Riveter into factory jobs during World War II. At the public library, I took notes on census data.

One book that stood out was The Grounding of Modern Feminism by Nancy Cott. One of Cott’s insights into women professionals of the 20th century became my voilà moment. She pointed out that “. . . the high point in women’s share of professional employment (and attainment of advanced degrees) overall occurred by the late 1920s and was followed by stasis and/or decline not reversed to any extent until the 1960s and 1970s.”[1]

This statement struck me in a visceral way. Progress for women in the professions was in “stasis and/or decline” during the very years that interested me. Nevertheless, I was going to talk to women who found opportunities in that negative environment. I would find out why and how they did it. My quest could be more than a personal obsession. It could be an historical exploration of those who swam upstream against what I now knew were stagnant and reversing currents.

And swim upstream they did. There was Cordelia Hood who joined OSS but only after being made to prove she could type, a requirement for women in the intelligence service but not for men. She rose above the clerical ranks, one of the few women to do so, and then she did it again post-war, in the CIA. There was Muriel Petioni, the only woman to graduate from Howard University’s medical school in 1937. She worked at several historically black colleges in the South when Jim Crow segregation was enforced by law. After that she returned home to Harlem where she became an outspoken advocate of change. When Mildred Dresselhaus was hired for her first job, she was one of just two women on a staff of one thousand scientists. Eventually she became the first woman to be a full tenured professor at MIT. When Frieda Garcia moved to Boston, she encountered a city suspicious of Latina women’s abilities. With her talents, she became an executive leader and community activist, inspired cross-cultural connections throughout the city, and advised mayors and governors. Martha Lepow applied to medical school knowing she faced a quota on the number of women students. After working on the polio vaccine, she became one of the country’s leading authorities on pediatric infectious disease. Dahlov Ipcar grew up in Greenwich Village, enmeshed in her parents’ world of early modern art, where she learned that women struggled far more than men to obtain gallery representation and critical acceptance. In rural Maine, she created her own path to critical and commercial success. When Rya Zobel graduated from Harvard Law School in 1956, she could not get a job with a law firm. Twenty years later, she became the first woman judge on the federal court in Massachusetts.

The book tells seven women’s stories. Each is unique, but they do share some characteristics. When they were girls, someone inspired them – parent, teacher, family friend. They loved the work they did, enough to stick with it even when others wanted them to give up. They were intrepid. From them, we learn that “widespread stasis and/or decline” was no excuse to surrender a dream. And that’s how a sentence in a scholarly book helped shape a narrative thread. 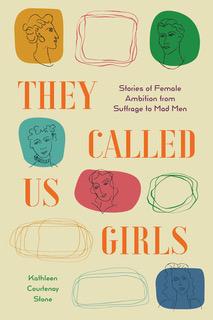 They Called Us Girls: Stories of Female Ambition from Suffrage to Mad Men is a collective biography of women who had “men’s” jobs in the mid-20th century, when sex discrimination was legal and women were expected to stay home. Kathleen meets seven of these unconventional women and renders insightful, personalized portraits that span a half century, uncovering the families, teachers, mentors and historical events that inspired their ambition. Good stuff!

March 1st is right around the corner and I’ve got a lot of great Women’s History Month interviews lined up for you.  First up, Shelley Puhak, author of The Dark Queens, talking about powerful medieval women.  Good stuff!