In October, 2018, The Economist ran an opinion piece titled “Women’s Voices Are Judged More Harshly Than Men’s.” Considering the issue in the context of Christine Blasey Ford’s testimony to the Senate Judiciary Committee, the author reaches the conclusion that “Women seem to be damned whatever they do. Speak loudly and they are deemed shrill; speak softly and they are meek. A high voice is unserious.”

It seems like a small point at first. A pinprick in the universe of insults and glass ceilings. But in fact, voice is not a neutral issue. Historically, the voice of authority has been male, literally and figuratively.

Consultant and speaker Dana Rubin is the creator of a resource committed to showcasing women’s voices. The Speaking While Female Speech Bank  showcases historic women’s speeches, from different times, places and ethnicities. It took me a while to realize that there are two sets of links in the database. If you click on a woman’s name, it will send you to a resources about the woman. (Often a wikipedia page.) If you click on the title of the speech, it will send you to the speech itself, in the form of a transcript, a recording, or a video. Once I figured it out, I found it to be a seductive little rabbit hole. Be warned.

If this is a subject you’re interested in, Dana has just begun a kickstarter campaign for a book titled Speaking While Female: 50 Extraordinary Speeches by American Women. Here’s the link if you’d like to know more: https://www.kickstarter.com/projects/speakingwhilefemale/celebrating-womens-speech 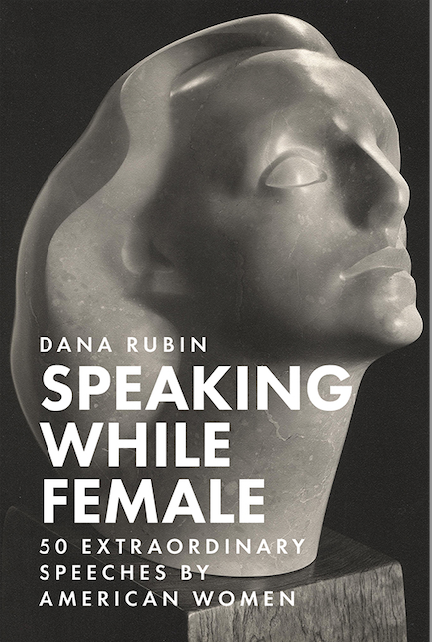 Check back on Monday for three questions and an answer with Andrea Friederici Ross, the author of Edith: The Rogue Rockefeller McCormick.