Andrea Friederici Ross is the author of Edith: The Rogue Rockefeller McCormick and Let the Lions Roar! The Evolution of Brookfield Zoo. Bearing a degree in German Language and Literature from Northwestern University, Andrea put that knowledge to unconventional use in her zig-zag career path ranging from the administration of the Chicago Symphony Orchestra, to working for the director of Brookfield Zoo, and working with young children at her neighborhood public school library. Published by Southern Illinois University Press, Edith was selected as the 2021 Book of the Year (Traditional Nonfiction) by the Chicago Writers Association.

Take it away, Andrea! 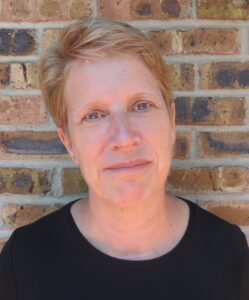 What path led you to Edith Rockefeller McCormick? And why do you think it is important to tell her story today?

I first learned about Edith Rockefeller McCormick while doing the research for my first book, Let the Lions Roar! The Evolution of Brookfield Zoo, because Edith gave the land that founded the zoo. I actually set out to write historical fiction, because I thought she was a quirky character and would make for fascinating fiction (spendthrift! scandals! reincarnation!). But somewhere along the way I came to realize that she’d been shortchanged in history. Most of what you read about her today is the family scandals, her unusual beliefs, and her outlandish spending. What’s missing from the historical record is the tremendous amount of good work she did in promoting the arts and culture in Chicago and supporting young intellectuals such as Carl Jung and James Joyce. Also usually absent is any mention of her own   incredible intellect.

I came to understand that Edith had been crammed into an uncomfortable woman-shaped box for most of her life and that it took tremendous courage for her to break out of that limited role, despite considerable recriminations from her powerful male family members (her father was John D. Rockefeller and her husband was Harold McCormick, the harvester heir). I ended up writing the biography in large part to set the record straight.

Edith Rockefeller McCormick was a cultural powerhouse in her time. What important legacies did she leave that we don’t give her credit for today?

Ah, that’s just it! Edith did so much for the Chicago area (and beyond), yet few people know her name. She was a driving force behind the establishment of Chicago Grand Opera, founded Brookfield Zoo, and started a real estate firm that sold properties to over 16,000 Chicagoans. In addition, she supported many young composers, artists, and writers, including James Joyce as he wrote Ulysses and a yet little-known Carl Jung. Together with her husband Harold, she founded an infectious diseases institute that helped curb scarlet fever and they endowed the Journal for Infectious Diseases. But it seemed like no-one knew these things.

It is suspected that Edith’s papers were destroyed after her death. I can’t prove this but, given the paucity of materials on her compared to other members of the family, it seems likely. It almost seems as if there was a concerted effort to erase her from history. Edith: The Rogue Rockefeller McCormick was my attempt to hopefully give her some acknowledgement for what she accomplished as well as for her ill-fated but well-intended projects. It helps that, along the way, there are plenty of quirks and scandals to keep the reader interested!

Writing about a historical figure like Edith Rockefeller McCormick requires living with her over a period of years.  What was it like to have her as your constant companions?

I’m pretty sure my son and daughter came to feel there was a third, very demanding child in my life! While attending soccer and basketball games, selling Girl Scout cookies and Boy Scout popcorn, my mind was constantly processing my latest archival finds and trying to figure out who this enigmatic woman was. It was strange to be in such a different headspace (and century) than most of the people around me. I had many, many dreams about Edith and actually came to feel somewhat haunted by her. It took me ten years to research and write about her, including numerous trips out of state to visit archives and other sites of interest. That’s a long time to feel haunted, a long time to be working solo on a project. Now that I’ve put it all on paper and the book is out, I no longer feel that she is with me. Not sure if I’ve set her free or vice versa! 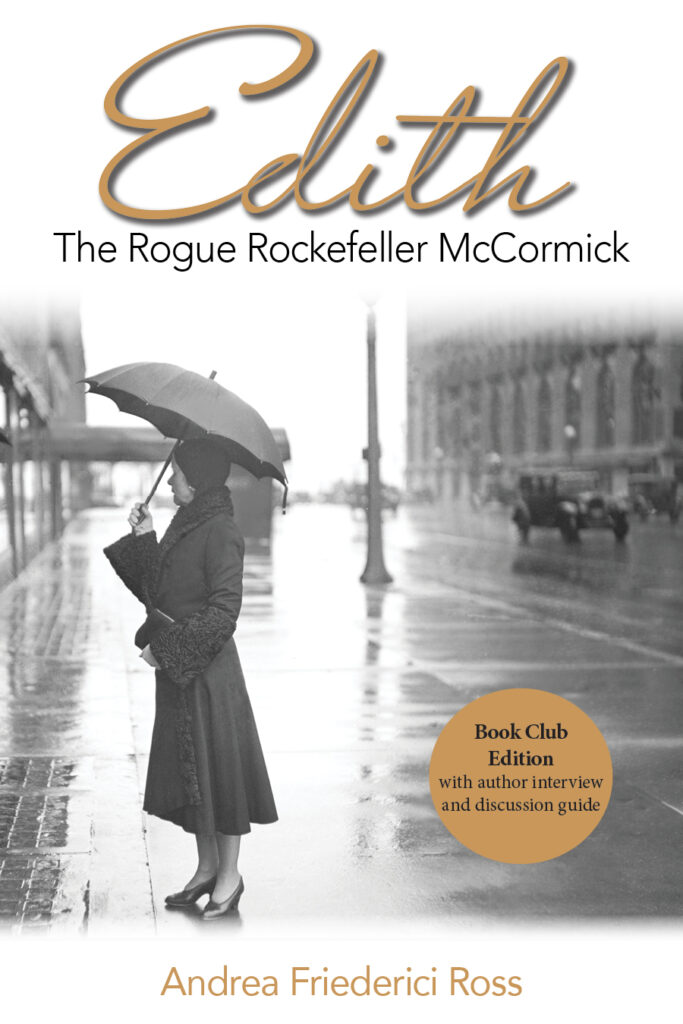 Question for Pamela: What advice do you have for writers just starting out who might be frustrated by the difficulties inherent in breaking into publication?

Obviously the first step is writing a good book. After that, I think the most important thing is to learn as much as you can about the industry and the process. Too many people skip that step, and make the process harder than it is already.

Two resources I recommend when people ask me for a place to start:

Check back tomorrow for three questions and an answer with Amy Laiken, a representative of the Working Women’s History Project, an organization which explores the point where women’s history and labor history meet.