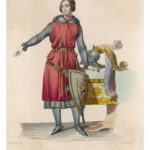 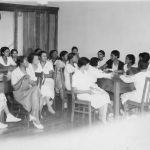 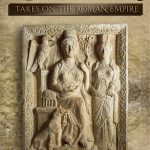 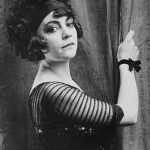 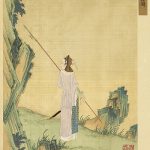 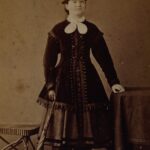 With hat tips to all the people who are sharing good stuff this month, here are a couple of items that particularly caught my attention

1. The Smithsonian has decided to add a layer to Women’s History Month by dubbing March Women’s Future’s Month, with an exhibit titled #IfThenSheCan–The Exhibit. The exhibit is a a collection of 120 3-D printed statues of contemporary women who are STEM innovators and role models. The exhibit is in the long tradition of collective biographies designed to provide girls with role models, but I can think of some adults (including me) who would find it pretty dang inspiring.

For those of you who will be in the DC area this month, the exhibit will run through March 27. (And while you’re there, head to the Smithsonian Gardens and check out the exhibit on women and orchids. ** ) If you can’t go in person, I recommend you click on “Meet the Ambassadors” and meet the women who inspired the statues.

(I’m pretty sure this one came to me courtesy of the Smithsonian’s “Because of Her Story” newsletter. Which is well worth subscribing to if you’re interested in women’s history.)

And speaking of the Smithsonian, the American Women’s History Museum, is scheduled to open in 10 or 12 years. But who’s counting?

2. The Women’s L Project has taken the standard Chicago L map and renamed the stops for women. I’ve seen similar re-naming before, and I applaud them, but the Women’s L Project adds an additional twist. Each stop is named for a woman who lived or worked nearby. Some of them are famous—Oprah Winfrey whose name is attached to the Morgan stop on the Green line, two blocks from Harpo Studio. Some are not—the next stop calls out Mary Wallace, the first woman to be a CTA bus driver. You can buy a copy of the map, or you can find out more about the women included on the website.

(This one came to be courtesy of the two women behind the What’s Her Name podcast. Stay tuned for an interview with them about their new book later this month.

*This is the Catch-22 of women’s history month. I love the fact that libraries, schools, community groups and mainstream media are inspired to celebrate the achievements of women: the famous, the infamous, the forgotten, the erased. (There is even an official government website devoted to it. https://womenshistorymonth.gov/) I hate the fact that as a culture we still see women’s history as something apart rather than simply history.

**Dang I wish I could go to DC this month. Unfortunately, my calendar runneth over.

Come back Monday for a whole bunch of questions and an answer with Leslie Goddard, who represents historical women in one-woman living history shows.