Nancy Rubin Stuart is an award-winning author, journalist, and television writer and producer who specializes in writing books about women and the world around them. She is the author of eight books that highlight the lives of important but often forgotten women, including Defiant Brides: The Untold Story of Two Revolutionary-Era Women and the Radical Men They Married, The Muse of the Revolution: The Secret Pen of Mercy Otis Warren and the Founding of a Nation, The Reluctant Spiritualist, American Empress and Isabella of Castille. In her most recent book Poor Richard’s Women, she traces the little-known stories of the women Benjamin Franklin loved and lost.

Nancy is also the Executive Director of the Cape Code Writer’s Center.

Take it away, Nancy!

How do you chose the subjects for your biographies?

I always start with questions about potential subjects.Why did a woman do certain things, what made them remarkable and what were the personal consequences of their actions? It’s those questions, that mystery, which motivates me to learn more about them through research. Often I cannot learn enough about them to consider them suitable subjects for a book; fortunately, I’ve been able to find a few.

One example of that is Poor Richard’s Women, which began with my questions about Deborah’s marriage to Benjamin Franklin. Their marriage was presumably happy for well over a generation but later they lived across apart for fifteen years, Deborah alone in Philadelphia, Ben with another women in London. Even so, the Franklins continued to send each other affectionate letters and exchanged many presents. How could that be explained? Ultimately I believe I answered that question in my latest work.

In other words, curiosity is a starting point for my work. To me one of the best thing about being a writer is the worlds I investigate, the lives I live vicariously, and the challenge of putting those experiences in print.

Several of your books, including your newly released book, Poor Richard’s Women, tell the stories of women who are best known because of their relationships to men. Are there special challenges in writing about a woman whose biography is overshadowed by that of a famous man?

There are many challenges writing about a woman whose life is overshadowed by her famous mate.

The first challenge is to establish why a women deserves mention beyond her traditional role as mate and mother of his children.

Another challenge involves sources. All too often the correspondence of historical women has been destroyed or only partially preserved. Those gaps are disturbing and leave a series of questions. How much then, can a biographer reasonably and responsibly assume, given an absence of certain facts. That’s a serious dilemma for biographers of women married to famous men

Finally and perhaps most crucial of all, can the biographer learn enough about a woman to add dimension to the life of her famous mate? Until very recently most biographies about famous men have centered upon their worldly accomplishments with only brief mention of their personal relations. Since our personal relations are so closely related to our outward accomplishments, I believe that information is essential for a real understanding of a famous man’s life.

For instance, Mary Todd Lincoln was said to be a spendthrift. How did that effect Abraham Lincoln’s anxieties during the Civil War? After the death of Thomas Jefferson’s wife he became intimate with Sally Hemings. How did that affect his subsequent ideas about slavery?

One of the most important discoveries I made while researching Benjamin Franklin’s women was the realization that despite his iconic image as a model of discretion (as an “archrationalist’ in the words of a recent reviewer) he struggled throughout his life with the opposing instincts of prudence and passion.

You work as a screen-writer in addition to writing biographies. What do you see as the role of film in introducing history to a popular audience?

Ideally, film is an excellent way to introduce history to popular audiences.

By definition, however, a popular film must have compelling characters, a dramatic story line and a satisfying ending. All too often that means including violence, sexuality and sensational exploitation of an event or a historical character’s life. Consequently, films that introduce history to a popular audience inevitably involve some distortion.

Another obstacle are the high costs associated with creating a film about an earlier historical era.

Today I am pleased to hear that some efforts are finally being made among film makers to portray women in roles other than as sexual or nurturing beings. Those two roles were standard for women in earlier films and while that may be changing, it remains more a hope than a promise. 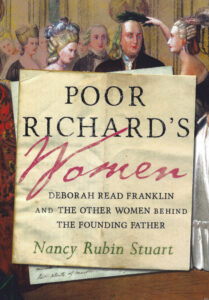 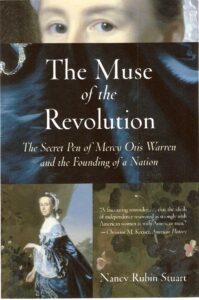 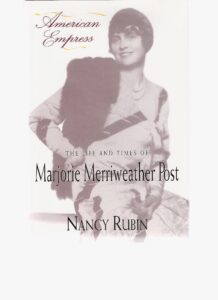 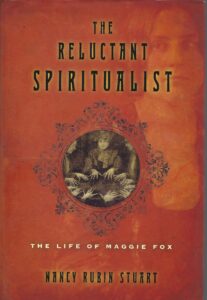 A question for Pamela: What are the differences between writing the history of a woman and that of a man?

Yikes! Cutting right to the heart of the matter!

I belong to a roundtable of women who write biographies of women, which is part of Biographer’s International. We struggle with this question in one form or another at almost every one of our monthly Zoom meetings.

Some differences are practical:

But there are also differences on a more conceptual scale.

At least that’s my take on a tough question.

*An excellent organization for any writers in the audience who write biography, or history with biographical elements, and have been looking for a home. I found my people when I joined BIO.
**Obviously this is also true for other “marginalized” people—a term I have problems with because it sometimes seems that more people are marginalized than not in any given time and place. Use of the term disguises that fact.

Interested in learning more about Nancy Stuart Rubin and her work?

Connect with her on LinkedIn: www.linkedin.com/in/nancyrubinstuart

Come back tomorrow for three questions and an answer with journalist Stephanie Gorton, author of Citizen Reporters: S. S. McClure, Ida Tarbell, and the Magazine that Rewrote America