I love it when readers of History in the Margins reach out to share something they think will catch my interest, or a suggestion for a blog post, or a gentle correction. Long time reader Jack French occasionally offers to tell me, and you, a story. It is always interesting, and I am always pleased to welcome him back.

Take it away, Jack!

While women have excelled in the art of code breaking, they have seldom received the recognition they deserved. First because they were women in what historically was a man’s world, and secondly because most of their impressive accomplishments were classified by the government agency for whom they worked.

Three of the most skilled and talented women code breakers in American history were Agnes Meyer Driscoll, Elizebeth Smith Friedman , and Genevieve Grotjan Feinstein. But The Code Book, (Anchor Books, 1999) an extensive history of cryptography by Simon Singh, while detailing the work of hundreds of men, does not even mention one female code breaker. The massive 1136 page The Code Breakers (Macmillan Company, 1967) by David Kahn also describes the work of hundreds of men. Kahn relates some of the successes of Friedman, has three sentences about Driscoll (one under her maiden name) and totally ignores Feinstein. It would be up to Liza Mundy and her brilliant book, Code Girls, (Hachette, 2017) to give proper credit to the entire trio of these lady code breakers, as well as the great multitude of unsung female analysts in the Army and Navy who contributed to cracking the German and Japanese codes and ciphers in WW II. 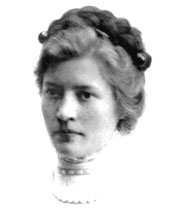 Agnes Meyer was born in Illinois in 1889 and got her degree in mathematics and physics from Ohio State. She also studied foreign language and was fluent in four of them. After a brief career as a school teacher, she enlisted in the U.S. Navy in 1918 and was assigned to their Code and Signal Section where she excelled. She married Michael Driscoll, a DC lawyer in 1924, by which time she had become one of the Navy’s top codes and cipher experts. The government awarded her $ 15,000 for a cipher machine that she and William Greshem invented. Her small Navy team broke the Japanese code in 1926 and also broke the one the Japanese replaced it with in 1930. By 1939 she had solved Japan’s entire fleet code. In 1940 she was transferred to the group working on the solution to the German Enigma coding machine. Dubbed “the First Lady of Navy Cryptography” she last worked for the National Security Agency (NSA) retiring in 1959 at the age of 70. Driscoll died in September 1971, age 82, and was buried in the National Cemetery in Arlington. In 2000 she was inducted into NSA’s Hall of Honor. 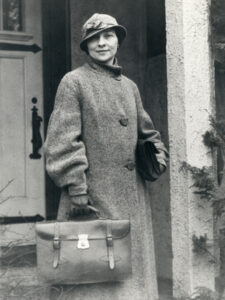 Elizebeth Smith Friedman was born the youngest of nine children in 1892 in Indiana. She graduated in 1915 from Hillsdale College with a major in English and minor in foreign languages. She briefly taught school before being hired at Riverbank Laboratory, a private entity that worked with government agencies to break codes and ciphers. There she met and married William Friedman; the two of them would spend the rest of their careers breaking codes and solving ciphers for the federal government. Although they both worked for the War Department, she left in 1923 to become the head of the code breaking section of the Department of Treasury, Bureau of Prohibition and Customs. Her job was to crack the codes of bootleggers and international smugglers, which she did brilliantly. Her success resulted in her transfer to the U.S. Coast Guard, where she continued to successfully attack the codes used by violators of the Volstead Act, solving over 12,000 coded messages in three years. Her court testimony in criminal trials resulted in convictions of over thirty smuggling ring leaders. In WW II, she testified against “The Doll Lady” who was convicted of being a Japanese spy. Friedman led the team that broke the German code used for their spy network in South America, although J. Edgar Hoover claimed the credit for the FBI. She died in October 1980 at the age of 88; after cremation, her ashes were scattered over her husband’s grave in the National Cemetery. Friedman is the only one of the talented trio to receive some acclaim recently; two biographies about her, plus a children’s book, have been released in the past five years and her accomplishments were lauded in a PBS television special in January 2021. 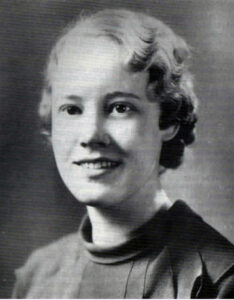 Genevieve Grotjan Feinstein is the least known of the trio of remarkable lady code breakers, but this does not mean her accomplishments were less impressive. She was born in 1913 in Buffalo, NY and graduated from the University of Buffalo, summa cum laude, with a degree in mathematics in 1938. The following year she was hired by William Friedman in the Army Signal Intelligence Service, which concentrated on breaking the codes of Germany. From then until her retirement from the government in 1947, she would be the linchpin of her unit in breaking whatever codes which they were assigned. In 1940 she made a discovery that enabled her team to break the Japanese “Purple Code”, which was the protection of their diplomatic corps message traffic. This also opened the door to German military plans, which were relayed to the Japanese diplomatic corps. Later, working on Russian codes, she devised a process for recognizing the reuse of its code keys, thereby permitting the decryption of KGB messages. She had married chemist Hyman Feinstein in 1943 and she retired from federal service and became a mathematics professor at George Mason University in Fairfax, VA. This illustrious code breaker died at the age of 93 in August 2006.

Jack French is a former Navy officer and retired FBI Agent in Virginia. He is a vintage radio historian and the author of two published books on the subject. Jack is a guest lecturer whose topics include: Civil War Heroines, History of Toys & Games, and the Golden Age of Radio.