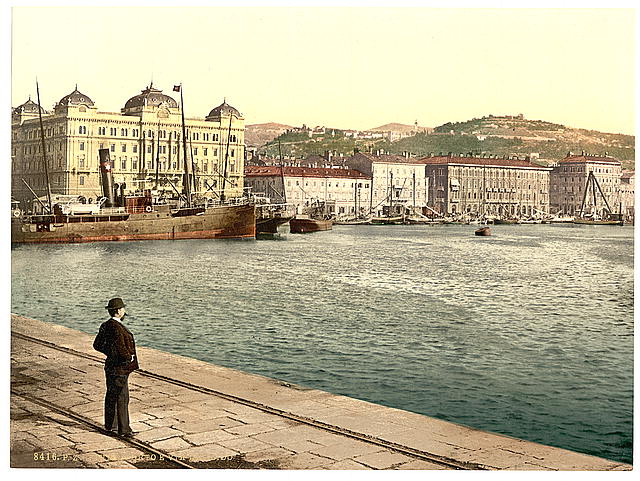 And speaking of oddities in the Versailles Peace Treaty, as I believe we were, allow me to introduce you to the Free State of Fiume.

I stumbled across the story while I was working my way through old articles in the Chicago Tribune, trying to untangle a messy problem of chronology, when I ran across this opening line in an article dated August 23, 1919: “Fiume, child of trouble since History began…” Despite myself, I read on.*

The headline, in case any one is interested, read “Grazioli May Be Italy’s Goat for Fiume Riot: Witnesses Agree Italians Began Massacre of the French.” It was the 1919 equivalent of click bait. While there were indeed riots, and French troops were indeed massacred, the heart of the story was the conflicting claims of the relatively new country of Italy (1861) and the even newer country of Yugoslavia (December 1, 1918) over the Adriatic port of Fiume (aka Rijeka). Up and down the Dalmatian coast from Cattaro to Trieste, the general opinion was that the longer the old men in black coats at Versailles delayed making a decision the more likely it was that there would be another riot in the streets of Fiume.

I had to know more. And down the rabbit hole I went.

The Free State of Fiume existed from November 12, 1920 through the end of 1923. Instead of being an emblem of peace it was a tiny version of the Wild West. The first election was immediately contested. Governments came and went, sometimes in a matter of a few days. The Nationalists, Fascists, the smallest Communist party in the world, and the Italian poet Gabriele d’Annunzio, who had occupied the city for fifteen months beginning in September 1919,** all seized power and were overthrown in turn. In January 1924, the Kingdom of Italy and Yugoslavia signed the Treaty of Rome, in which they agreed that Fiume would become part of Italy and its suburb of Su sak, became part of Yugoslavia.

(If you are reading this in an email and you want to see the newsclip, click through to your browser.)

*I am trying to sort out which Tribune correspondents were in Berlin between 1919 and 1926. And the job  would go much faster if I limit myself to reading the by-lines, datelines, and occasionally relevant headlines—which gave me all the material I needed. But I keep getting sucked into stories. And really, wouldn’t you want to know more if you read an opening like that one? (The complete sentence, for anyone who’s curious, read: “Fiume, child of trouble since History began, is as quiet now as a Dearborn street soft drink dispensary.”)

**If you do the math, you’ll find that he held the city-state for almost a month after its creation, until he was expelled by the Italian Army in what became known as the “Bloody Christmas” campaign.