I was recently digging about in the history of women’s magazines in the early twentieth century when I came across a familiar name: Bessie Beatty. I knew Beatty’s work from her reporting on Russia’s Women’s Battalion of Death,  which I wrote about in Women Warriors. At the time, I was totally engrossed in the women Beatty wrote about and gave no thought to the reporter herself. Funny how things change.

Beatty got her start in journalism at the age of eighteen, working for the Los Angeles Herald while she was still in college. Partway through her senior year, she left college to report on a miner’s strike for the Herald.

Her work in Nevada caught the attention of Fremont Older, editor of the San Francisco Bulletin.*  At the Bulletin, Beatty ran a feature page, titled “On the Margin” [!!!], in which she covered women’s issues and social work, broadly defined. (Among other things, she ran a campaign on behalf of prostitutes who were put out of work when the red light district was closed. Not your typical social justice campaign even today, let alone in the first years of the twentieth century. )

In 1917, as the Great War raged on, Older sent Beatty on a large-scale reporting assignment: a series of articles called “Around the World in War.” Four days after she sailed,  the United States declared war on Germany.

American correspondents, officially accredited and otherwise, headed toward Europe. Beatty and a few others headed east. She reported on social and cultural traditions in Hawaii,** Japan, and China, but her real destination was the revolution in Russia.  Like other reporters who built their careers reporting on social justice issues and exposing corruption in government, she had a romantic vision of the new socialist government and wanted to see it first hand. 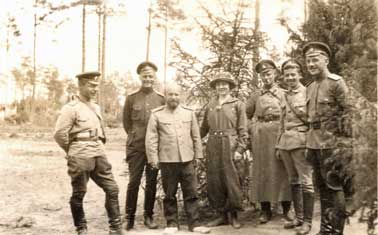 She traveled traveled from the Pacific port of Vladivostok to Petrograd (formerly, and once again, St. Petersburg) aboard the TranSiberian Railway, a twelve-day trip through Russia to the heart of the revolution. Once in Petrograd, she managed to get a room in the War Hotel, where Russian officers lived with their wives. With the hotel as her base, she followed Russia’s involvement in the war and the course of the revolution. She traveled to the front, getting within 160 feet of the German trenches, and sat in a concrete observation station from which she could see barbed wire of no-man’s land through a narrow peephole. She and another reporter, Rheta Childe Dorr, spent a week with the Women’s Battalion of Death, traveling with them to the front and sleeping with them in their barracks. She interviewed sailors, soldiers, peasants and the woman in the street.

When the Bolsheviks overthrew the Provisional Government in November, Beatty witnessed every stage of the new revolution, aided by a pass from the Military Revolutionary Committee that gave her access everywhere in the city. She spent hours in the Soviet, listening as revolutionary leaders argued about the shape of the new state. She interviewed political prisoners, including ministers of the deposed Provisional Government

Like other American journalists drawn to report on the revolution, she believed in the experiment she was watching unfold. (In fact, she would later testify in favor of the Bolshevik Revolution before Senator Overman’s sub-committee on the influence of Bolshevism in America.)***

In February 1919, Beatty and two other journalists, Madeline Doty andLouise Bryant, decided it was time to leave Russia. They caught the last train to leave Petrograd for Finland, which was fighting to free itself from Russian rule, and then traveled by sleigh from the northernmost corner of Finland into Sweden. (*Brrr*)

Like many of her fellow journalists, Beatty wrote a book about her experience of the revolution, The Red Heart of Russia (1918). Her sentiments about the revolution, as she expressed them at the end of the book, were complicated: “Mingled with my sorrow, the morning I left Petrograd, was a certain exultant, tragic joy. I had been alive at a great moment and knew that it was great.”

Back in the United States, Beatty chose not to return to San Francisco. Instead she stayed in New York, where she finished her book and worked as the editor of McCall’s from 1918 to 1921.

She soon grew eager to travel as a journalist again. Her articles on politics, women’s rights, and even tourist destinations, appeared in popular magazines such as Good Housekeeping, The New Republic, Women’s Home Journal, and Century.

Beatty returned to Russia in 1921. It took her weeks to get into the country, but once there she stayed for nine months, writing a series of interviews with Bolshevik leaders, including Lenin and Trotsky, for the San Francisco Bulletin.

She spent some time as a screenwriter for MGM. She remained a dedicated activist. And in 1940, she entered a new career as the host of a popular radio show on WOR in New York. During World War II, she used her show to sell more than $300,000 in war bonds.**** She continued to broadcast until her death in 1947 at the age of 61.

Describing her on-air personality, Time magazine described her as “a short, voluble bit of human voltage.” Not bad. 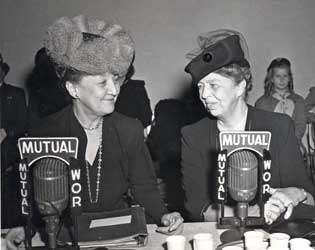 *Older was unusually supportive of women reporters and gave a number of talented women, including Rose Wilder Lane, their start in a field that was not always welcoming to women.

**Which was annexed by the United States in 1898 and became a US territory in 1900. Just to give you a piece of chronology to hang your hats on.

***An early version of the Red Scare.

I am deep in the first “real” draft of my latest book. And I’ve got to admit, it’s going slowly.  My manuscript is due March 1, 2023, which feels like tomorrow as far as I’m concerned.  I love writing these blog posts, but for the foreseeable future I’m going to cut back to one post a week.